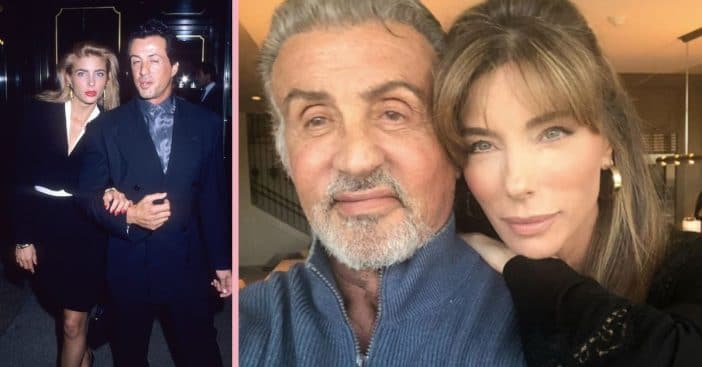 Sylvester Stallone and his wife, Jennifer Flavin, are celebrating their 23rd wedding anniversary! Jennifer posted a sweet photo of them cozied up together with the caption, “Happy anniversary to us! 23 years!❤️❤️❤️” The couple married in 1997 and share three daughters together, Sophia, Sistine, and Scarlet.

The couple’s relationship did not come easy. According to Wikipedia, Stallone ended his original relationship with Jennifer back in 1994 through FedEx. This was after he finds out his former engagement, model Janice Dickinson, gives birth to his son. However, they later split when Stallone finds out he is actually not the father. By 1995, Stallone has a brief engagement to model Angie Everhart before rekindling his relationship with Jennifer. In total, Stallone has been married three times. But, it seems like things are really working out between the two this time around!

A ‘congratulations’ are in order for the happy couple. Congrats on 23 years of marriage!