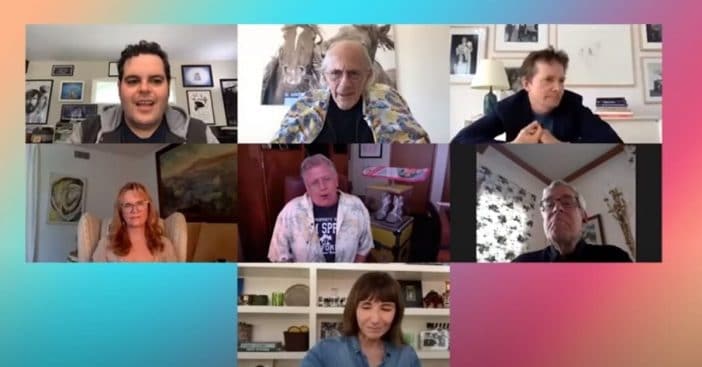 Actor Josh Gad is making a lot of reunion dreams come true recently! He has a YouTube series called Reunited Apart and is helping the cast members of films have reunions. A while ago, he held a reunion for the cast of The Goonies. Now, he had one for the cast of Back to the Future.

The cast of ‘Back to the Future’ had a virtual reunion

During the virtual reunion, they recited some of their favorite lines from the movies and shared some fun trivia. There was also a fun mashup of fans performing or dancing to the song “The Power of Love,” which was the movie’s anthem.

Some fans hold out hope that a fourth movie might be made, but reports say that it is just not going to happen. Would you like to see another movie or do you just cherish the trilogy as is?

It was definitely a fun reunion for fans of the trilogy! If you’re ready to re-watch the movies, they are all currently available on Netflix. Watch the cast reunion below: