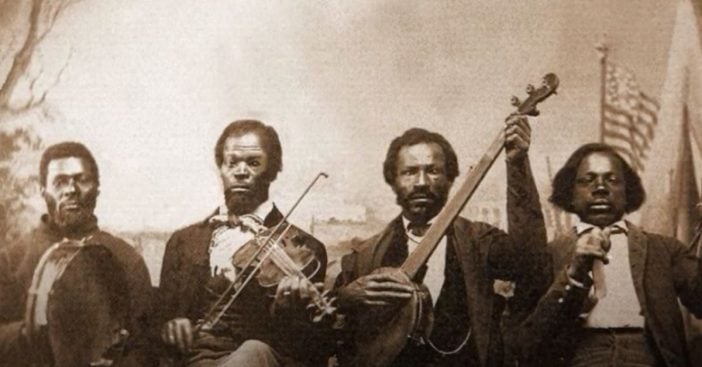 “Jimmy Crack Corn,” also known as “Blue Tail Fly,” might be a cheery, upbeat song, but its true underlying meaning is dark. The song was originally published in the 1840s and was popular among the rise of blackface minstrelsy. “Jimmy Crack Corn” gained resurgence in the 1940s as a folk song during the beginning of the American folk music revival. Since then, it has become a very popular children’s song with many different covers and versions of it.

According to Wikipedia, the song’s backstory is about a black slave’s lament over his white master’s death from a horse-riding accident. Pretty dark, right? Wikipedia also says that the song can be interpreted as a celebration of the master’s death. Additionally, the slaves even contributing to his death through deliberate negligence. Even darker.

The story follows that the master went out on a horseback ride when the slave was supposed to follow along and brush away the blue tail flies from the horse. Well, the flies were definitely pesky that day. They bite the horse which causes it to panic. The horse then throws the master off into a ditch. The master breaks his neck. An investigation follows and the verdict puts the blame on the blue tail fly. As for the term “Jimmy crack corn and I don’t care,” this was often slang for sitting around and gossiping without a care. Makes sense, right?

Can you believe the dark and ghastly backstory of this song? Check out a live performance in the video below of Burl Ives performing the song in 1964.

Click for next Article
Previous article: French Burnt Peanuts Are The Granddad Of All Tasty Classics
Next Post: Store Brand Products Like Costco’s Kirkland Are Doing Very Well During Coronavirus Pandemic