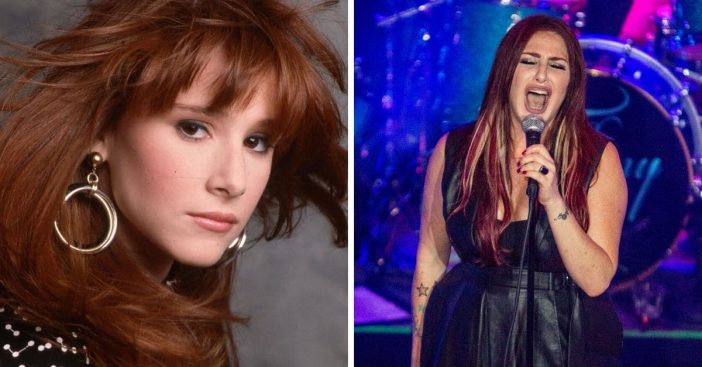 Do you remember the pop star named Tiffany in the ’80s? She had a 1987 hit called “I Think We’re Alone Now.” She kept making music over the years, but her sound has changed! She is releasing a new album this month called “Shadows.” It has more of a punk rock sound.

Over the years, she dabbled in country, pop, rock, and punk. It seems there isn’t a type of music that Tiffany isn’t afraid to try. The new album features LA Guns members Tracii Guns, Scot Coogan, Johnny Martin, and Ace Von Johnson.

She said, “I wanted to show my fans and critics that my journey to ‘Shadows’ was a continued inspiration of ‘Pieces Of Me’ but harder and more punk. This is a bridge to that heavier side of me, not to shock my fan.”

In addition, she is releasing an EP called “Pieces of Me Unplugged.” The EP will feature four songs: “King of Lies,” “Starting Over,” “Worlds Apart,” and “You’re Everything (Demo Version).”

She talked about one of her new songs, “King of Lies.” She said, “This is a heavier rock song that I enjoy playing with a full band. It’s about heartbreak, betrayal, and when someone lets you down repeatedly. We all know someone that has done that. We all have felt the sting and pain when we realize a person we love, has taken everything from us all the way to the depths of our soul. You wake one day and see that it was all lies and a waste of time. That they are the ‘King Of Lies.'”

When it is safe to do so, Tiffany also plans to go on tour with the new music.

Click for next Article
Previous article: ‘The Breakfast Club’ Cast: Then And Now
Next Post: Steak ‘N Shake Is Closing Over 50 Restaurants Due To Coronavirus Shutdowns