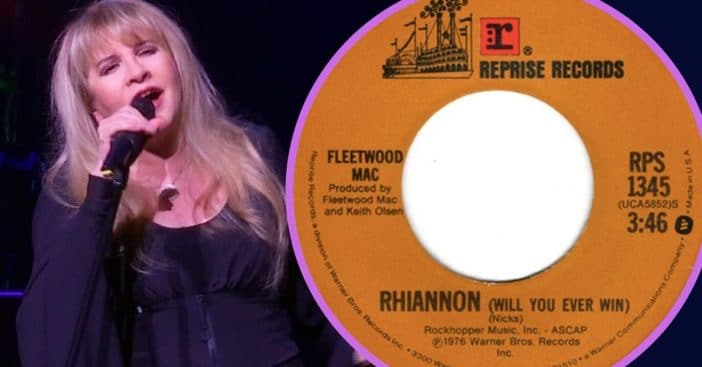 “Last year, I made a pitch to everybody that when this Fleetwood Mac tour is over, I’m taking next year off because I want to work on my ‘Rhiannon’ book/movie,” she shares with the publication. “And I want to maybe work with some different producers … I don’t know what I want to do! I just know that I don’t want a tour.”

The song was originally inspired by the book Triad by Mary Bartlet Leader. It goes on to tell the story of a woman named Branwen who is possessed by another woman named Rhiannon. The song itself was written by Stevie and recorded by Fleetwood Mac, then released in 1975. Stevie also told the publication that she has “Rhiannon”-related poetry that she has been working on for decades now, and hopes to get it recorded during the quarantine.

Stevie adds to that thought, “What all we have right now, if you’re home in quarantine, is time, unless you’re taking care of kids. So, really, you could do anything you wanted that you’ve been wanting to do your whole life. So that’s how I’m trying to look at it.”

Click for next Article
Previous article: Costco Is Limiting Meat Purchases Amid Shortage In The U.S.
Next Post: Uncle Jesse Originally Had A Different Name On ‘Full House’