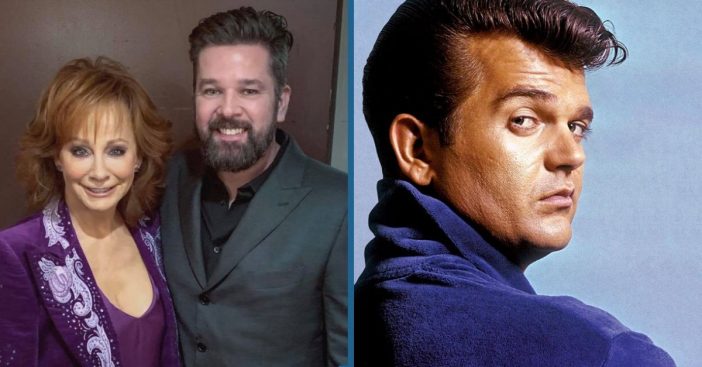 It was June 4th, 1993, when Conway Twitty collapsed on his tour bus and was rushed to the hospital. His children- Joni, Kathy, Jimmy, and Michael- were all called because the outcome wasn’t looking very positive for the singer. Three out of four siblings were ready to jump in the car and made a six-to-seven-hour trek to where they needed to be in order to be with Twitty in perhaps his final moments.

However, Michael was on the phone with Reba McEntire in the middle of the night and gave her the low-down on everything. That’s when Reba said, “Go to the airport, my plane is waiting, take it as long as you need it. I’ll call my pilot now.” All four siblings did and were able to say their proper goodbyes to him before he passed away the morning of June 5th.

Shortly after the siblings all flew back to Nashville on Reba’s plane, Michael asked her how much they owed for using the plane. This is when Reba says, “Your daddy took me on tour and gave me $5,000 a night when I wasn’t worth $500, you don’t owe me anything. I loved him.” She would not accept a dime from any of them.

RELATED: Reba McEntire Recalls The Day She Lost Her Band In A Plane Crash 29 Years Ago

Tre Twitty, Michael’s son, actually told this story on his Facebook because he had finally met the woman who made this possible for his dad. “I’ve been waiting for 26 years to meet this wonderful lady and to tell her thank you. I’m publicly telling this story because she is far too classy and modest to ever mention it,” he writes.

It’s safe to say that Reba is as selfless as she seems. She was willing to put out her plane for free to a family who needed to get to a hospital that was six hours away, right away. A lot of people probably can’t say that they did that. She was able to help reunite a family before an untimely departure, and that’s something that Twitty family probably won’t ever forget.