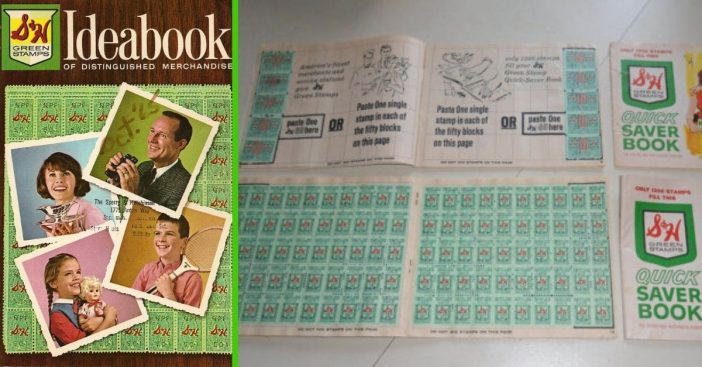 If you’re like my family, one source of great memories will always be collecting S&H Green Stamps. This quasi rewards program offered a lot of exciting elements people got into. Families experienced the thrill of accumulating more and more of the aptly-named small green squares. People bonded while working together to secure those stamps into a book. Then came the especially fun part: getting that reward. But where did this wholesome, exciting ritual go?

S&H Green Stamps enjoyed popularity from the 1930s to the 1980s. Peak popularity came around the 1960s, according to KXRB. But the 2000s have a lot of different things than the ’60s and even ’80s. As a result, those famous stamps became nostalgic memories instead of widely-used items.

Despite being part of household rituals all over the country, S&H Green Stamps are not universal anymore. Instead, computers are. When people want cool items, they turn to various online vendors. If they wish to see them in person, they head to a wide variety of stores. Bright screens allow vendors to advertise their merchandise from various flattering views. Shoppers, meanwhile, can get a full picture of what they’re in for before committing any of their resources (currently: money, before: stamps).

RELATED: 12 Things Most Millennials Would Never Know How To Use

This is in contrast to the Green Stamps catalog, secured with a rubber band. Those booklets offered a lot to choose from but obtaining those goods required a lot of commitment. Anyone interested needed to be prepared to take the time to collect up enough stamps, secure them in their book, and go through the appropriate channels to make the trade. Now, catalogs can fit in our pockets as our phones. Technology removes some of the personal aspects that only S&H Green Stamp collecting could offer, unfortunately, but caters to a lot of modern society’s need for instant gratification.

During its heyday (of several decades), S&H Green Stamps did not just enable people’s love of collecting. Rather, it also offered some nice rewards. People could get coffee pots, useful outdoor clothing and gear, and great kitchenware. One reward included a nice white platter with simple yet elegant blue detailing that’s lasted to this day.

Parents enjoyed the useful household tools from the catalogs and children could get some great toys. Together, they all formed fond memories that also stood the test of time. Families developed rituals for collecting and storing their booklet. Those with many members could find ways to change things up and contribute in different ways. On top of that, the sheer act of collecting up these stamps taught children about responsibility, saving, and collaborating. S&H Green Stamps gave us a lot even beyond the rewards from its catalog. It’s a shame some impersonal elements of technology have rendered it a thing of the past.