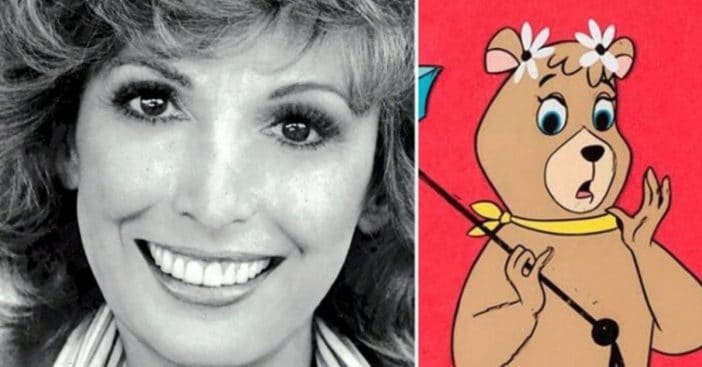 Voice actor Julie Bennett has died from complications from coronavirus. She was 88 years old. Julie is best known for voicing Cindy Bear on The Yogi Bear Show.

Julie was born on January 24, 1932, in New York, but grew up in Los Angeles. She returned to New York to start her career. She worked in radio, television, and theater and later went back to Los Angeles to work. Before she was a veteran voice actor, she appeared on shows such as Leave It to Beaver, Get Smart, Superman, The Bob Hope Show, and Dragnet.

For twenty years, Julie voiced Cindy Bear, Yogi Bear’s love interest in The Yogi Bear Show and the films that followed. You can also hear her voice as various Looney Tunes characters and Aunt May Parker in the Spider-Man series that ran in the late ’90s.

Later in life, she went by the name Marianne Daniels and became a talent manager. She represented clients for over twenty years. She also worked as a realtor. Julie is survived by her “mutually adopted family” that includes Carol, Nick, and Mark Scroggs. Mark was her longtime talent agent and friend. He confirmed the sad news.