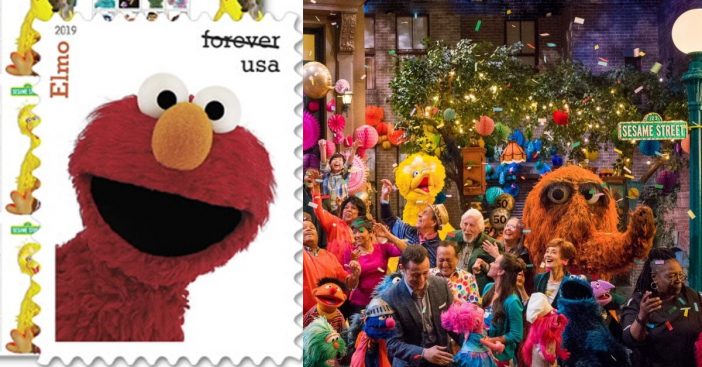 Sesame Street is already 50 years old! Can you believe it? To celebrate the special anniversary, The United States Postal Service released some fun new stamps with 16 of your favorite Sesame Street characters last year.

The United States Postal Service (USPS) released a statement about the stamps. They said, “The U.S. Postal Service honors Sesame Street, the influential and beloved children’s television show. For 50 years, the series has provided educational programming and entertainment for generations of children throughout the country and around the world.”

In addition, Sesame Street said this about turning 50: “With a mission to help kids everywhere grow smarter, stronger, and kinder, Sesame Street reaches children in 150 countries and 70 languages. 2019 marked 50 years of bringing the life-changing benefits of early learning to children—and we celebrated our landmark anniversary with fans and families all year long.”

In 2020, the USPS has already released 10 sets of new stamps! For instance, there are a lot of very beautiful nature stamps, including one to celebrate the 200th anniversary of Maine. Other stamps include the Grand Island Ice Caves in Michigan, Earth Day, Black History Month, and Wild Orchids. Check out all of the new 2020 stamps here.

In conclusion, learn more about the 50th anniversary of Sesame Street: