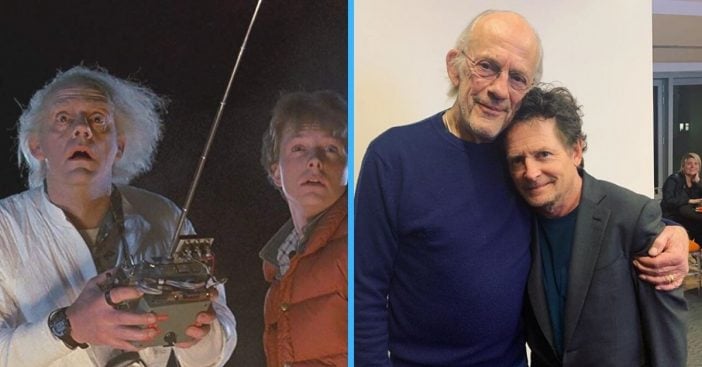 Former co-stars in the movie Back to the Future, Christopher Lloyd and Michael J. Fox recently had a reunion! The two actors met up at a charity poker tournament. Christopher posted a photo on Instagram, of the two side by side. They look so happy to see each other!

He wrote, “Going 88mph for the @michaeljfoxorg Poker Night ♠️ ♦️” The charity event was to benefit the Michael J. Fox Foundation. Michael’s foundation hopes to find a cure for Parkinson’s disease. He has struggled with the disease since about 1992.

Christopher Lloyd and Michael J. Fox had a mini ‘Back to the Future’ reunion

Michael posted a similar photo on his Instagram page with the caption, “All in with @mrchristopherlloyd at @michaeljfoxorg Poker Night!” It is so nice to see Christopher support Michael at his charity event.

RELATED: ‘Back To The Future’ Cast Reunites At MegaCon Orlando

Back to the Future was a huge hit. It was released in 1985 and did very well in theaters. In addition, the movie continued to grow a fan base over the years and is now considered a cult classic. There were two sequels that followed the film as well as an animated series, a stage musical, video games, and more.

What a nice reunion! It is great to see Doc and Marty back together! In conclusion, relive one of the best scenes from the movie below: