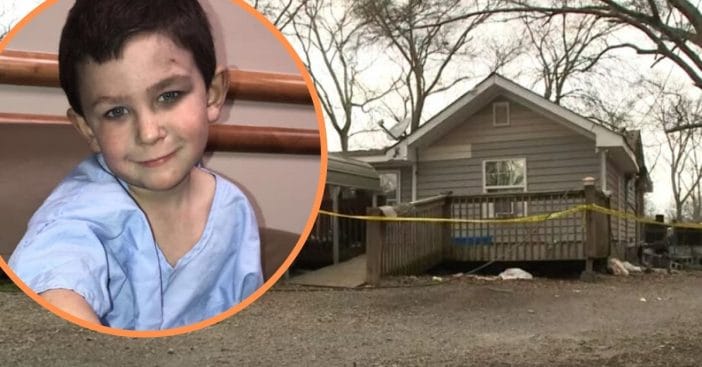 A 5-year-old in Georgia managed to save himself, as well as the rest of his family during a house fire. The fire started somewhere in his bedroom during the night. Reports say it was from an electrical malfunction. Little Noah Woods discovered the fire and quickly got his two-year-old sister and their dog outside by going out the window.

Then, he was able to alert the rest of the family by waking up his uncle, who lived next door. Bartow County Fire Chief Dwayne Jamison said that Noah did the right thing. In doing so, he saved seven other family members from the fire.

Jamison said, “In doing that, (Noah) received some minor burns to his arm and his hands, and of course singed hair. His 2-year-old sister received some burns to her feet. But because of his quick actions, he also alerted the rest of the family members, so a total of eight family members were able to get out of the house with only minor injuries and smoke inhalation.”

The Bartow County Fire Department will make Noah an honorary firefighter and present him with the Lifesaving Award. Unfortunately, their home was destroyed in the fire, but luckily everyone made it out safely!

What an incredible story of bravery! Way to go, Noah!

Click for next Article
Previous article: Fact-Checking The Peanut Butter Alert For Your Pets On Facebook
Next Post: New Book Alleges That Everything We Know About George Washington Is Actually Wrong