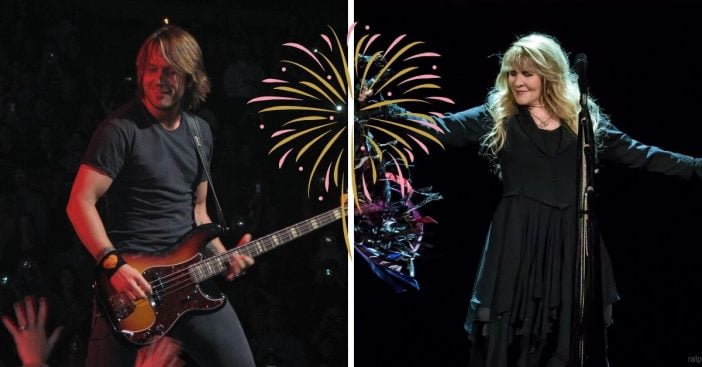 Stevie Nicks is set to perform with Keith Urban on New Year’s Eve. They will be performing at the free concert in Nashville called Music City Midnight. The Nashville Mayor John Cooper revealed the big news in a statement on Friday.

Mayor Cooper said, “To have someone of the caliber and stature of Stevie Nicks join Keith Urban on stage is an incredible way to cap off the year. Nashville has worked hard to grow New Year’s Eve into a world-class event that brings global attention and economic impact to the city.”

The statement continued, “Considering the evening’s diverse lineup, national broadcast coverage, and the addition of a Rock and Roll Hall of Fame artist to the program, it’s clear that these efforts are working.”

Music City Midnight is a free concert held on New Year’s Eve at the Bicentennial Capitol Mall State Park. At midnight, they launch fireworks and descend a giant musical note over the stage. Some of the concert will be featured on CNN and NBC if you are not in the Nashville area.

In conclusion, watch a video from last year’s event hosted by Jack Daniel’s: