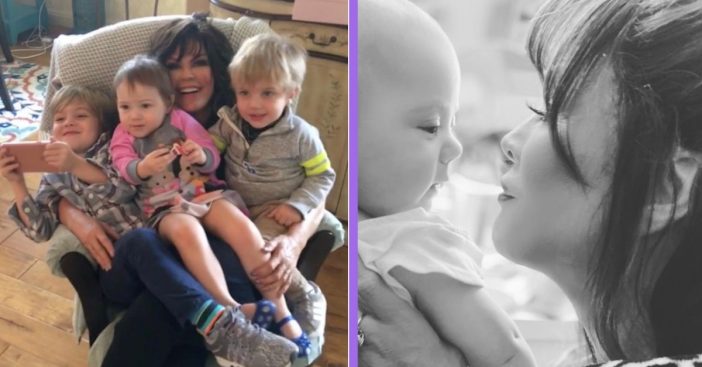 Marie Osmond recently took to social media to share a rare photo of her baby grandson, who is her sixth grandchild. “What did I do tonight?” Marie says on Instagram, featuring a photo of the two. In the photo, Marie is holding up her grandchild in her arms. People were so happy to see such an adorable and sweet photo. “Good to see you enjoying your family,” one person says. Another person says, “Being a grandma is the best.”

Earlier this year, Marie’s daughter Rachel Kreuger gave birth to this little man. Marie also made sure to document that surreal experience on her social media. “My newest grandson was born as the fireworks were going off last night for the #FourthOfJuly celebrations!” she writes the day he was born.

Marie and her baby grandson

The Osmond sibling has been very open about how much she loves being a grandmother. She even says she can’t pick just one activity to do with them, because she says doing “anything” would make her day. “They’ll want to go miniature golfing or my little granddaughter wants to just color or they’ll make fake food in their kitchen and we’ll eat it,” she tells Closer Weekly.

Marie also reveals how she’s always thrown off whenever she sees her grandkids, by how much they’ve grown! “Three of them went to school this year. My 5-year-old one and the two 3 year olds went to kindergarten and just to see them start to love life and achieve … and they’re just so precious. I love them so much.”

It’s safe to say that Marie is crazy about her grandkids, and who wouldn’t be? They’re so cute! Marie is a huge family person and we can tell. Speaking of family, check out the video below of what Donny Osmond did for Marie on her 60th birthday!