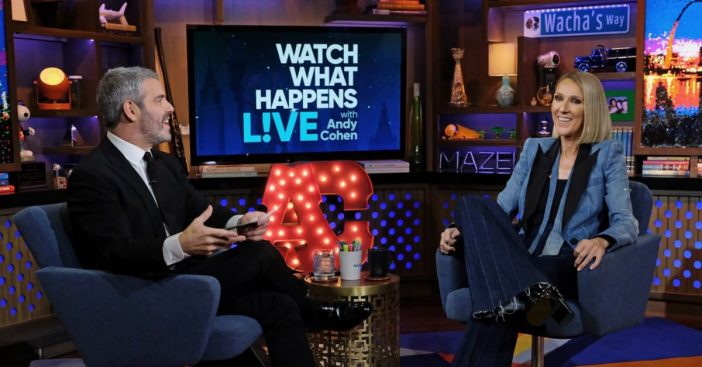 Celine Dion recently admitted that she almost didn’t record one of her most popular songs. “My Heart Will Go On” remains one of her greatest hits. She recorded it in 1997 and it became the theme song to the movie Titanic. Now, Celine reveals that she originally didn’t want to record the song!

Celine recently appeared on Bravo’s Watch What Happens Live. She said that “My Heart Will Go On” was “one song that I didn’t want to record, and I’m glad that they did not listen to me.” The people who convinced her to record the song were the writers James Horner and Will Jennings and her late husband and former manager René Angélil.

She admitted to Watch What Happens Live host Andy Cohen, “I don’t know. It didn’t appeal to me. I was probably very tired that day. And my husband said, ‘Let’s hold on,’ to the writers; he said, ‘Let’s try to make it a little demo.’”

RELATED: Watch Celine Dion Belt Out Some Classics In A Carpool Karaoke Ride

She continued, “I sang the song once, and they built the orchestra around it. I never re-sang it for the recording, so the demo is the actual recording. I’ve sung it about three gazillion times (since then).”

“My Heart Will Go On” has now sold over 18 million copies worldwide. Watch the entire interview below:

Click for next Article
Previous article: CT Police Dog Still In The Pound Two Years Later Because No One Will Take Her In
Next Post: Budweiser 1987 Christmas Commercial: A Timeless Favorite