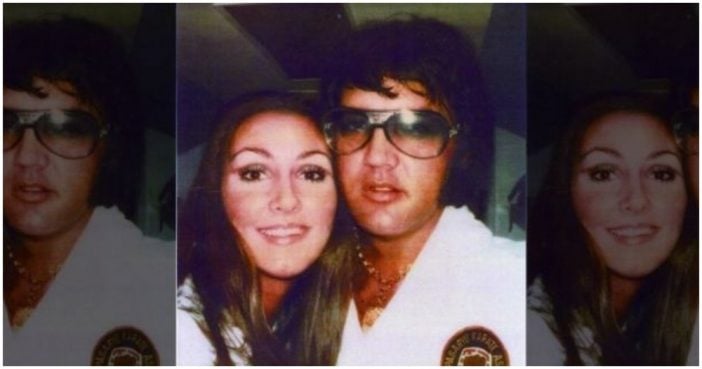 It’s been over 40 years since Elvis Presley died in 1977 at age 42 – and his ex-girlfriend Linda Thompson still remembers the king of rock ‘n’ roll fondly.

“I was always a fan, but I didn’t think he would transcend time and space and become the iconic, almost religion he is now,” Linda Thompson told Closer Weekly.

Thompson was crowned Miss Tennessee back in 1972. She first met Presley at a movie theater. The former pageant queen described how Presley, whose marriage to Priscilla Presley had ended, was abusing prescription pills.

“I don’t have such an ego that I think I could have made a difference,” the 67-year-old said of Presley’s failing health. “But I know I did take very good care of him and probably extended his life by a few years… I felt a keen responsibility to take good care of him.”

While Thompson went on to marry Bruce Jenner, who is now known as Caitlyn Jenner. She also later wed music producer David Foster, but they split in 2005. Still, she still keeps Presley in her heart.

“He was my first love, the one who altered my life the most,” she explained. “He was the first, and that’s always very special. Time and circumstances will express themselves no matter what you do.”

Back in 2016, Thompson told Fox News Presley initially wanted to “preserve” her virginity due to her religious upbringing.

“He was very old-fashioned,” she said. “I think that was one thing that he very much appreciated and valued in me, that I was a virtuous girl at the time. I wasn’t that young, but I was a Southern Baptist. I grew up very conservatively and traditionally. I wanted to save myself for marriage, and he just thought that was very commendable. He didn’t want to put the pressure on me to commit before I was ready. He was a Southern gentleman, a lovely human being.”

Thompson also revealed she learned “romantic love” from Presley while living with him in Las Vegas and Graceland, as well as when they hit the road together for his performances.

“I [learned] just about everything about love, both good and bad,” she explained. “One of the biggest lessons I learned from living with Elvis and loving him for so many years was that we’re all human, and no matter what level one has reached in terms of fame, they’re still human beings.

“It’s a disservice, really, when we put celebrated people on a pedestal and don’t allow them to be human. It’s a very lonely experience for the individual. It’s not a sustainable way to live. I think that happens to a lot of people who find themselves thrust into the spotlight… Life becomes a little distorted for them.”

Thompson had no regrets about their romance.

“I absolutely adored him,” she said. “And I still feel a connection to his soul because he was such a good human being and a charismatic figure. I got to know him very intimately as a human being, not just Elvis Presley the icon.

“I still feel that and there’s a raw spot in my heart when I see him or hear him sing. I have to stop what I’m doing and just remember the great love that we shared. That doesn’t go away. That stays in the heart forever.”

Previous article: 95-Year-Old Comic Book Legend, Stan Lee, Rushed To The Hospital
Next Post: These 21+ Actors Who Died During Production Of Their Movies Or Television Shows