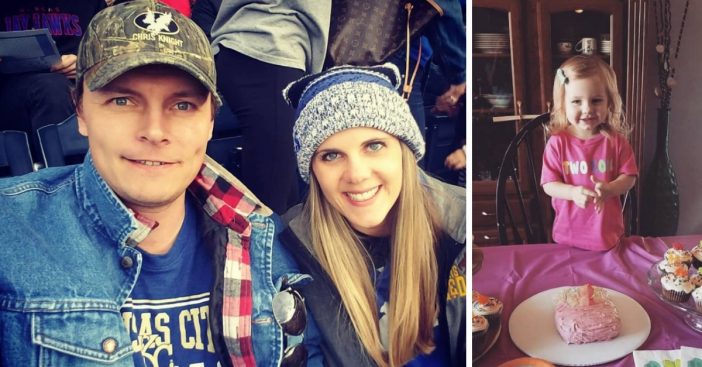 Country singer Ned LeDoux and his wife Morgan are sharing their loss. Their two-year-old daughter died last week after a “tragic choking accident.” They released a statement to share the sad news with fans.

The statement read: “It is with great sadness that Ned & Morgan inform friends and fans that their two-year-old daughter Haven passed away on October 20th due to a tragic choking accident in the home. The LeDoux family appreciates your love and support and is requesting privacy at this time.”

The family also shared, “Paramedics were called to the family’s northeast Kansas home on October 20th and arrived quickly, but attempts to resuscitate her were unsuccessful.”

Ned is the son of the country star Chris LeDoux. He passed away in 2005 after receiving a cancer diagnosis. Ned and his wife also have a son named Branson. Sadly, they recently celebrated Haven’s birthday in September. They shared a photo of her on Instagram with the caption, “Turned the big #2 today! Happy to be home for this special day. What a character this one.”

Sending our condolences to the LeDoux family! This is such tragic news. Ned was set to release a new album called “Next in Line” in November, but no word on if the release will be pushed back.

Previous article: McDonald’s Franchisee Issues Apology For Controversial Halloween Decorations
Next Post: The Best “As Seen On TV” Products That Are Worth Your Money