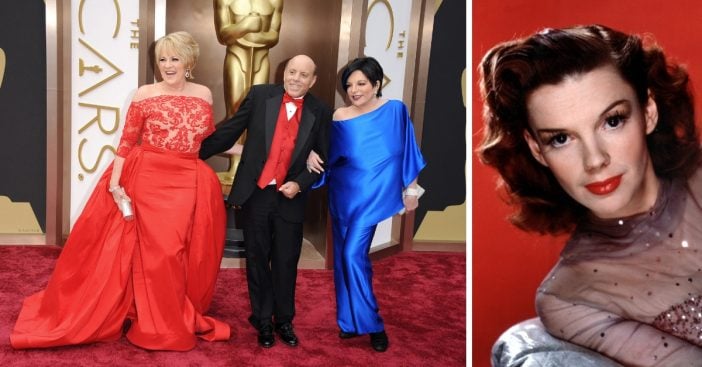 It’s no secret that  Judy Garland was, is and ever will be an iconic actress, known by many for playing Dorothy Gale in the original Wizard of Oz, and including among her credits Meet Me in St. Louis, the 1954 version of A Star is Born (for which she was nominated for an Oscar) and Judgment at Nuremberg. What those people might not be as aware of is that in her personal life, she was actually married five times and had a total of three children. Have you ever wondered where Judy Garland’s children are now?

Liza Minnelli, Lorna Luft and Joey Luft are the only three people in the world who can call Judy mom, and while Liza may bring with her the most success and be the most recognizable of the three, the others have gone on to do impressive things in their lives as well.

Liza is currently 75 years old, having been born March 12, 1946 in Los Angeles to Judy and filmmaker Vincente Minnelli (the actress’ second husband). Her greatest accomplishment is probably receiving the EGOT, which is very rare in Hollywood and essentially means that she’s been the recipient of an Emmy, Grammy, Oscar and Tony award.

A natural talent wise, Liza moved to New York City in 1961 and began pursuing a career of her own, which included acting in musical theater, recording pop music and being a nightclub performer. Early credits include the 1963 Off-Broadway revival of Best Foot Forward and 1965’s Flora the Red Menace (for which she won a Tony Award). She made the jump to the big screen in 1969’s The Sterile Cuckoo, which garnered incredible reviews, but really made her mark in her most famous role as Sally Bowles in the musical drama Cabaret (1972), winning the Academy Award for Best Actress in the process.

Liza’s only other big movie success was co-starring with Dudley Moore in the 1981 comedy classic Arthur, having failed to connect with audiences or critics in films like Lucky Lady (1975), New York, New York (1977), Rent-a-Cop (1988) and Stepping Out (1991). In between there was a return to Broadway in The Act (which earned her a second Tony), The Rink and Liza’s at The Palace. There have been many TV specials and music hall, nightclub and concert performances, including, between 1988 and 1990, touring with Frank Sinatra and Sammy Davis Jr. in Frank, Liza & Sammy: The Ultimate Event.

Interestingly, Liza provided the voice for her mother’s most famous character, Dorothy, in the 1972 animated production Journey Back to Oz, and her most recent role has been as Lucille Austero in 21 episodes Arrested Development.

Despite her great success, her personal life hasn’t been an easy one, spending many years — like Judy before her — battling alcoholism and addiction to prescription drugs, the latter of which began following her mother’s death. She’s been married and divorced four times, to entertainer Peter Allen (who she failed to recognize as being gay), producer Jack Haley, Jr. (son of the actor who played the Tin Woodman in The Wizard of Oz), sculptor and stage manager Merk Gero and concert promoter David Gest. She has no children.

Earlier this year it was announced that Liza will be collaborating with Atlas Media Corp. on a new documentary about her life and career. Describes broadwayworld.com, “The film will reportedly begin following the death of Minnelli’s mother, Judy Garland. It will then follow Minnelli on her rise to fame, beginning in the 1970s, and chronicling her various accolades, including an Oscar for best actress (Cabaret), an Emmy for best TV special (Liza with a Z), and a Tony for best actress in a musical (The Act).”

“A few years back,” said Liza in the same piece, “I found old films in a storage closet and had absolutely no idea what they were about. When they were transferred and I got to see them, it was like reliving that fabulous time in the ‘70s when all things were new and everything was possible. I look forward to collaborating with [Atlas] to bring this personal story and very special era to life.”

Lorna, the daughter of Judy and her second husband, producer Sidney Luft, is 69 and was born on November 21, 1952 in Santa Monica, California. A member of her high school choir, and someone who studied theatre at New York’s HB Studio, at age 11 she made her show business debut on an episode of The Judy Garland Show, singing “Santa Claus is Coming to Town,” which also featured her siblings, Liza and Joey. 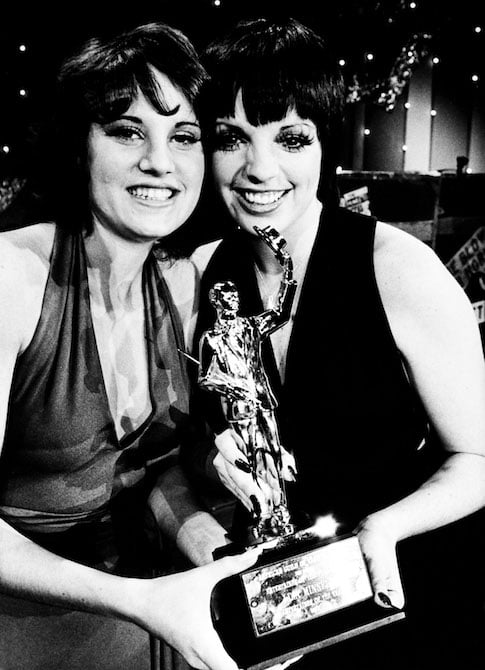 She made her Broadway debut around the same time that Liza did, in the 1971 musical Promises, Promises. A decade later she would headline her own show at Carnegie Hall in New York, star in the touring company of the musical They’re Playing Our Song and would be part of the cast of the off-Broadway production of Snoopy! The Musical. From there she went considerably more dramatic by co-starring with Farrah Fawcett in the play Extremities.

While Lorna would play Nurse Libby Kegler on the drama series Trapper John, M.D., she really continued to make her mark on the Broadway stage and abroad in Ireland and England, the latter in a production of The Wizard of Oz in which she portrayed the Wicked Witch of the West. Throughout she continued to explore the connection with her mother, recording the 2007 CD Lorna Luft: Songs My Mother Taught Me, and two years later recording for the UK radio series Friday Night is Music Night, Lorna Luft and Friends — A Tribute to Judy Garland. This was followed in 2015 with her tour of Judy — The Songbook of Judy Garland, which focused on Judy’s music as well as her life.

Besides appearing in several films — Grease 2 (1982) and Where the Boys Are ’84 (1984) among them — she wrote the 1998 book Me and My Shadows: A Family Memoir, which was adapted several years later into the TV miniseries Life with Judy Garland: Me and My Shadows; as well as co-authored 2018’s A Star is Born: Judy Garland and the Film That Got Away.

On the personal front, Lorna has been married twice (first to Jake Hooker from 1977 until their divorce in 1993; and Colin Freeman in 1996), and has two children. Health wise things have been precarious for her. In 2013 she was diagnosed with grade 2A breast cancer and underwent treatment, which concluded that same year. Two years later the cancer returned, for which she underwent surgery. Then, in 2018, doctors discovered a brain tumor that was subsequently removed. At this point she seems to be in full recovery and in addition to all of this, she has also spoken out about her mother’s drug addiction.

In October of this year, Lorna actually returned to the stage, offering up smaller, more intimate shows first in New York at Feinstein’s/54 Below and then in London at the Brasserie Zedel, which she has described as a home base in Britain.

“When I grew up,” she related to worth.com about those shows, “my parents’ friends included people like Humphrey Bogart. For us, The Wizard of Oz was a home movie. But nobody forced me to go into show business. I did it of my own volition, and I’ve always been glad I did.”

Joey is currently 66 years old. While he did, like his sisters, pursue a bit of acting, he has generally stayed out of the spotlight. As he detailed to the Los Angeles Times in 2014, “I have a life that has been fascinating. I can tell stories for days,” also explaining, “I’ve been more behind the camera.”

Around that same time he did star in the stage show A Judy Garland Concert with Joey Luft, which he performed at the Pasadena Playhouse. He reflected, “It’s so fun just getting out there and talking about her and letting people know, ‘Here’s what really happened.’ I don’t want to talk about the bad things. That isn’t what my mom was about. She was a performer. She was a mother. She loved people. She was the most caring person. She had the greatest sense of humor.”

To this day there remains a closeness between Judy Garland’s children, and if you’ve ever wondered what they had been up to over the years … well, now you know!

Click for next Article
Previous article: The 25 Biggest Movies Of All Time Before And After Inflation
Next Post: Larissa Kelly Congratulates Amy Schneider As New Highest-Earning ‘Jeopardy!’ Woman