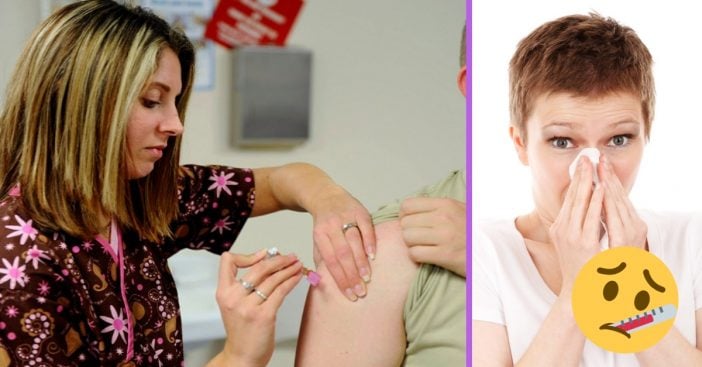 It can be hard to predict whether the upcoming flu season will be mild or horrendous. Unfortunately, the CDC (Center for Disease Control) and doctors around the country predict a bad flu season this year. Dr. Oz spoke out about the flu season and if the flu vaccine will be a good match for new strains of flu this year.

According to TODAY, Dr. Oz said, “I spoke to the CDC last night and they delayed the vaccine a little bit so that they could make a better match. It’s not always perfect, but it’s always better than zero.” There is actually a higher dose of the vaccine available for those 65 and older, who are more susceptible to the flu and flu complications.

Doctors urge everyone to get a flu shot

Flu shots are usually covered by insurance or cost around $40-50 without insurance. You can get a shot or get it injected with a nasal spray. However, the nasal spray is only for non-pregnant people ages 2-49.

So, why does the CDC warn of a horrible flu season this year? They are looking at the recent flu season in Australia, where winter has just ended. Many times, their flu season can predict ours in the United States. This year, Australia has reported six times as many flu cases as last year. Last year was the longest flu season in history, ranging from October to May.

Newborns, pregnant women and the elderly are at an increased risk

Remember, newborns, the elderly and pregnant women are at an increased risk for the flu and flu complications. This is because they have compromised immune systems. Even if you are not part of that group, if you live or are around them, you should still get vaccinated to protect yourself and others.

There has also already been a death this season from the flu, which can predict a particularly bad season. A four-year-old in California died from the flu, but they also had underlying health issues. Still, it shows an increased risk for others this year.

Older adults should get their flu shot now

Doctors recommend that everyone should get a flu shot now, especially before Thanksgiving. According to TODAY, “Most healthy people who get the shot in September can expect some protection through the spring. But older adults may want to schedule their vaccination for sometime in October. It takes about two weeks to build immunity to influenza after getting the vaccine.”

However, the flu vaccine only offers protection for certain flu strains. Last year it was around 29 percent effective. To decrease your risk, stay home if you feel ill. Don’t spend time around infected individuals. Wash your hands often, especially before you eat and after you use the restroom.

Lastly, doctors remind us that the flu vaccine does not cause the flu. It can cause side effects, but it will not make you sick. Even if it doesn’t offer full protection, it can make symptoms less severe if you do end up catching a bug. Did you get your flu shot yet?

Ten Jokes To Help You Laugh Through Flu Season!

Previous article: Lauren Alaina’s “Jolene” Foxtrot Honors Dolly Parton On ‘Dancing With The Stars’
Next Post: Toys R Us Is Teaming Up With Target For A Holiday Return