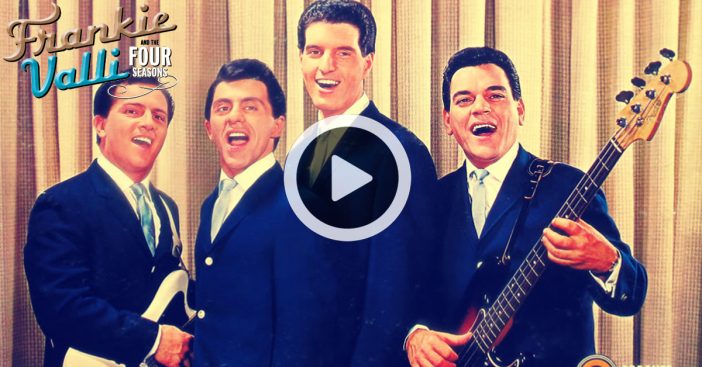 The Four Seasons were a famous group stemming the good old garden state in the early development days of rock and roll. They were also known as the “Jersey Boys”The first song number one song of theirs to hit number one on the billboard hit list was the pop standard, “Sherry” in 1962, which was written specifically for Frankie Valli, the group’s lead singer. If you are aware of The Four Seasons’s sound, you know very well that Valli’s range is spectacular!  Valli once was featured on the HBO hit series “The Sopranos,” as the gangster Rusty Millio (Jersey pride!). This video is a rare 1964 glimpse of the group singing a collection of their hits from 1962 to 1964 like “Sherry,” “Walk Like a Man,” “Big Girls Don’t Cry,” “Dawn (Go Away),” and “Rag Doll.” Press play and this to Valli’s classic spectacle!

What’s your favorite hit song of The Four Seasons? Tell us in the comment section below!

– Frankie Valli and The Four Seasons: “Can’t Take My Eyes Off Of You”

Previous article: Marlo Thomas Says To Feel Free To Be You And Me
Next Post: Daydream Believer – The Monkees (1967)