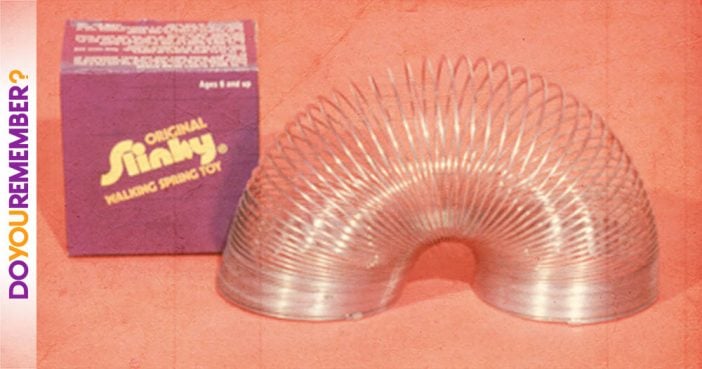 It never hurts to be reminded of the simple fact that it is better to try and fail than to never try at all—a thought that applies to toys as much as anything else. The following four now iconic amusements were all originally failures in terms of generating profit or doing what their creators intended. But they were repurposed as toys, and these happy accidents changed the face of playtime forever.

Created in 1972 by inventor Leonard A. Fish and chemist Robert P. Cox, Silly String wasn’t originally developed as a toy. Instead, the pair was attempting to create a spray-on instant cast for broken bones. But after realizing their substance’s fun potential, they developed the canned Silly String that we have today. Lacking experience in toy distribution, Fish and Cox organized a meeting with an executive at Wham-O in California. When they arrived, Fish proceeded to unload a can on the executive, and the pair was immediately escorted from the premises. After they left, however, the man’s colleagues became fascinated with Silly String and its ease of use. The next day, Fish and Cox received a telegram asking them to send 24 cans of their product for testing, and two weeks later they signed a contract with Wham-O. Thirty years later, fluorescent Silly String was used by soldiers in the Iraq War to expose tripwires.

During World War II, all rubber products were rationed, and researchers around America scrambled to find an alternative. A few simultaneously discovered that combining boric acid with silicone oil created a unique non-toxic material. After being unable to find a practical purpose for this material, inventor James Wright of General Electric sent it out, and it ultimately reached the hands of marketing consultant Peter Hodgson, who placed it in plastic eggs and gave it its name.

While trying to create a spring that could stabilize heavy equipment aboard ships, Naval mechanical engineer Richard James accidentally knocked one of his prototypes onto the floor. It proceeded to “walk” a few steps before landing upright. The idea of coiled steel under tension stuck, and in 1945 James introduced his toy, which became wildly successful almost immediately.

Conceived by Noah McVicker, who worked for soap manufacturer Kutol, Play-Doh was originally intended to clean coal residue from wallpaper. However, when natural gas began to replace coal as the nation’s preferred heating fuel, the need for the pliable, putty-like substance dropped dramatically. McVicker’s nephew saved the company from bankruptcy when he discovered that nursery school children were using the material to make Christmas ornaments.