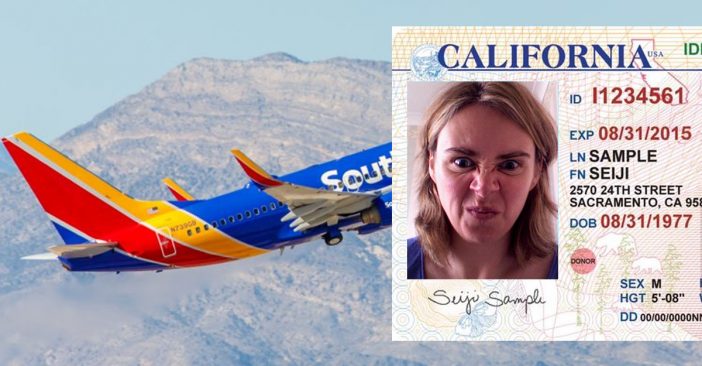 One of the passengers, Kristen Dundas, documents the hilarious event on Twitter. “My flight to Washington DC has been delayed for almost 2 and a half hours and I was getting HEATED until this gate agent started playing games with everyone waiting to pass the time and now I’m like I’ll wait all damn night if you keep this up 🤣 #amazing,” she writes.

I'm glad our Agent was able to make the delay a little more bearable for y'all, Kristen! We hope to have you on your way ASAP. -Alec

Southwest Airlines replies to the tweet, saying, “I’m glad our Agent was able to make the delay a little more bearable for y’all, Kristen! We hope to have you on your way ASAP. -Alec”

The spokesperson that Kristen spoke with, Alec, was also sure to let the Orlando Southwest team know what great of a job they did. When Kristen let Alec know that they were finally taking off, she says, “Please give that team kudos in Orlando – they were amazing!” Alec responds with, “Send over your confirmation in a DM, and I’ll be sure they get the recognition they deserve!”

Kristen originally is furious, but soon is having tons of fun with the other passengers and Southwest agents

Kristen speaks to CNN about the experience and how she turned from furious to jubilant with the onset of the games. “I was really irritated that the flight kept getting delayed,” she says. “Once he started playing games, I was laughing and having a great time and didn’t even mind that the flight was delayed.”

This is not the first time that Southwest agents have gone out of their way to make flight delays a bit more bearable. In 2017, they promised free WiFi to someone who could make the best paper airplane during a flight delay in Dallas, TX. That’s definitely one way to keep people busy and keep the time passing!

Dan Landson, a Southwest Airlines spokesperson, speaks about Kristen’s experience. He says that it’s “another example of how we encourage our employees to have fun with customers.”

One airline crew helped out one day pull off a hilarious mid-air prank on his daughter! Check out the hilarious and heartwarming story here!