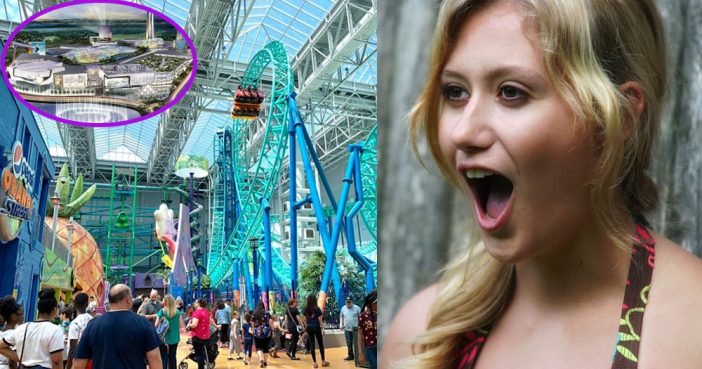 Recently, the group announced that the mall will officially open on October 25, 2019. It will be located in New Jersey, more specifically at the Route 3-New Jersey Turnpike interchange in East Rutherford. The community and even people around the country are eagerly awaiting the opening of the mall since there have been many delays.

Learn more about The American Dream

The American Dream will be three million square feet and consist of 45 percent retail shops and 55 percent entertainment. Eight acres will be an indoor theme park called Nickelodeon Universe that will contain two record-breaking roller coasters. There will also be the first ever waterpark in a mall!

In addition to a waterpark and theme park, it will also have America’s first indoor snow sports center, an NHL-sized skating and hockey rink, an Angry Birds-themed mini golf course, an aquarium, a movie theater, Legoland Discovery Center, and more.

There will also be many stores and luxury retailers including Barneys, Tiffany & Co., and more. If you’re hungry after all of that shopping and entertainment, there will be over 100 dining options including a food hall, restaurants, an arcade-style gastropub, and a Kosher food court.

The President of The American Dream, Don Ghermezian said, “We know that the community has been eagerly awaiting the launch of this incredible global destination. We have a one‐of‐a‐kind property that will reshape the way people think about entertainment, theme parks, and shopping.”

Recently, it was announced that Coca-Cola is partnering with The American Dream with a multi-million dollar, 10-year partnership. What do you think about the mall? Will you make a trip to go visit it?

Since a lot of department stores are closing, malls have been replacing storefronts with apartments! Learn more here!

Previous article: Meet The 100-Year-Old And 103-Year-Old Who Just Got Married!
Next Post: Mad Magazine Will Be Effectively Stopping After 67 Years