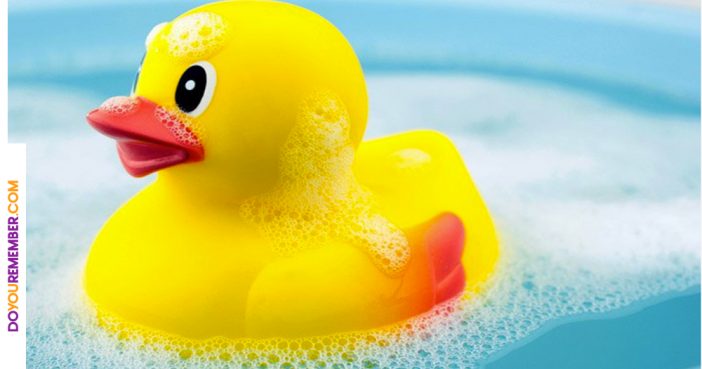 Oh the rubber duck… just seeing it leads you to assume that there’s a lovely pool or bathtub full of bubbles someplace close by.

The rubber duck came about after Sculptor Peter Ganine created a sculpture of a duck in the 1940s, then patented it and reproduced it as a floating toy, of which over 50,000,000 were sold. The earliest rubber ducks were made from a hard rubber unlike the ones we know today. But rubber ducks didn’t truly hit its now iconic status until Jim Henson popularized them in 1970, performing the song “Rubber Duckie” as Ernie, a popular Muppet from Sesame Street.

So with today being National Rubber Ducky Day DoYouRemember looks back on every bodies favorite ode’ to the rubber duck along with a few facts about the song you may not have known.

Rubber Duckie Facts You May Not Have Known

Previous article: Who Had the Best “Totally 80’s” Style?
Next Post: Love on the Run