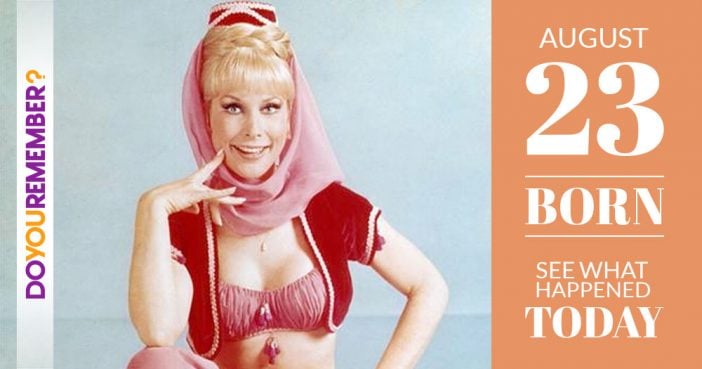 Born today- Barbara Eden (August 23, 1931) is an American film, stage, and television actress, comedian, and singer. She is known for her starring role of “Jeannie” in the sitcom I Dream of Jeannie.