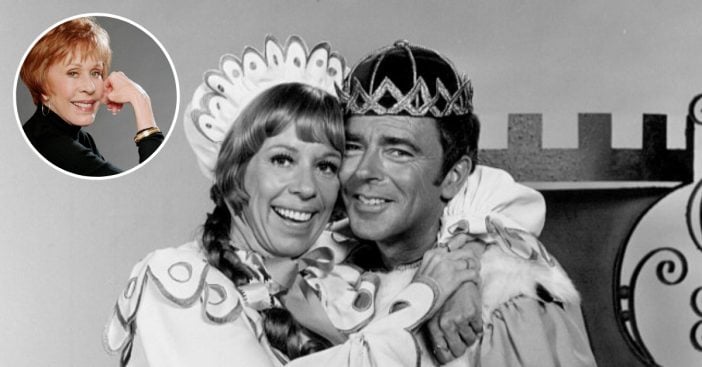 Ken Berry, the actor best known for F Troop and Mama’s Family, died on December 1, 2018, at age 85. Now, other actors are coming out of the woodworks with memories of the beloved actor and performer. Carol Burnett, actress and comedian has said that Berry had no ego and he was one of the sweetest souls she knew.

She also said that she doesn’t think even he knew how talented he was. Berry was mainly known for acting in several popular shows, but he was also a dancer and singer. Burnett told The Hollywood Reporter that “A lot of people only know him from F Troop or Mama’s Family, but he was a phenomenal song-and-dance man. He was funny, he was sexy — he was the whole ball of wax.”

Burnett and Berry first met in 1960 when Berry was on The Billy Barnes Review. In 1967, Burnett got her own special on television called Carol and Company and her guests included Rock Hudson, Frank Gorshin, and Ken Berry. When Burnett got her own show called The Carol Burnett Show, Berry was one of her favorite guests. He was on her show about 20 times during its 11-season run.

She fondly looks back at one of the spoofs Berry did on her show. He did a spoof of Fred Astaire singing “Puttin’ on the Ritz” which garnered positive attention from Fred Astaire himself. Burnett wasn’t the only one to remember Berry fondly.

Ken Berry’s Other Co-Stars Remember Him

Berry’s co-star on F Troop, Larry Storch, posted on Facebook: “Dear friends. We are sad to let you know our beloved Captain, Mr. Ken Berry passed away tonight. We just spoke with Jackie Joseph who confirmed the devastating news. We are at a true loss for words. Ken, we hope you know how much you were loved. Goodnight Captain. We miss you already.”

Ken Berry was a kind & wonderful man, and one of the most talented performers I’ve ever had the opportunity to work with. He could do anything. I adored working with him. I love you, Ken & I’ll miss you always. #kenberry pic.twitter.com/fYzo0KsbpX

Actress Mitzi Gaynor said on Twitter: “Ken Berry was a kind & wonderful man, and one of the most talented performers I’ve ever had the opportunity to work with. He could do anything. I adored working with him.”

I grieve the loss of my partner in Herbie – Ken Berry – RIP. pic.twitter.com/mCDEb8wTjM

What do you think about these tributes to Ken Berry? Do you miss him? If you enjoyed this article, please SHARE with your friends who loved watching Ken Berry on television and miss him terribly!