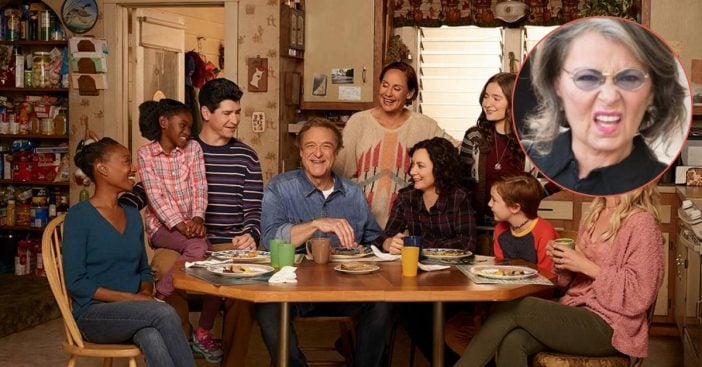 The former actress who starred in the hit television series Roseanne shared her reaction to her character’s fate on the new show, The Conners. Only a few months ago, Roseanne Barr was fired from ABC due to a racist tweet and, as a result, the revival show of Roseanne was canceled. Ultimately, Barr agreed to allow the rest of the cast to continue without her, prompting the birth of The Conners.

The first episode of The Conners aired on October 16th, which revealed Roseanne’s fate and why she was no longer on the show in character form. However, old news had been reported that Roseanne would be killed off due to an accidental opioid overdose, so everyone had been expecting that. What people weren’t expecting was Roseanne to share her reaction via Twitter. Or maybe they were!

It appears that since the tweet was posted, it has since been deleted. The whole post read “I AIN’T DEAD, B**CH!!!!” in response to the main character that started it all being killed off in, truthfully, a pretty awful way. It has been confirmed that Barr did not choose that fact for her character.

A post-show statement was issued by a longtime friend of Barr, Rabbi Shmuley Boteach. In this detailed statement, it is made very clear that Barr was not okay with the way the network escorted her character off the show.

“Our society needs to heal on many levels. What better way for healing than a shared moment, once a week, where we could have all enjoyed a compelling storyline featuring a witty character – a woman – who America connected with, not in spite of her flaws, but because of them. The cancellation of Roseanne is an opportunity squandered due in equal parts to fear, hubris, and a refusal to forgive,” the post reads.

The Rabbi makes a very clear point on forgiveness, saying that it was evident that the network did not forgive Barr for what she did. He claims that although it was “inexcusable” it was not “unforgivable.” He blames the network for scripting a poor exit of the main character.

“Through humor and a universally relatable main character, the show represented a weekly teaching moment for our nation. Yet it is often following an inexcusable — but not unforgivable — mistake that we can discover the most important lesson of all: Forgiveness. After repeated and heartfelt apologies, the network was unwilling to look past a regrettable mistake, thereby denying the twin American values of both repentance and forgiveness. In a hyper-partisan climate, people will sometimes make the mistake of speaking with words that do not truly reflect who they are. However, it is the power of forgiveness that defines our humanity.”

The rest of the post can be read on Rabbi Shmuley Boteach’s Facebook page. So far, the new show without the matriarch of the family has been rated a 4.4/10 on IMDb and only 44% of Google users claim to actually like the show. It is unclear if the show will perform better as it progresses or if it will be ultimately canceled due to Barr’s forced departure.

Be sure to SHARE this article if you weren’t shocked by Roseanne’s reaction! Check out the full video below of a scene from The Conners.

Previous article: McDonald’s Is Bringing The McRib Back – But Only At Select Locations
Next Post: Teacher Claims She Was Fired For Giving Out Zeros To Students Who Didn’t Turn In Their Work