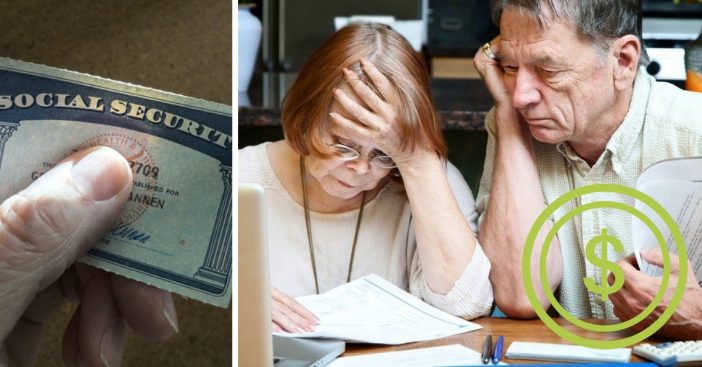 It has been reported that millions of Social Security recipients in addition to other retirees will be receiving a 2.8% boost in benefits next year due to inflation. Following a recently low inflation period, the cost-of-living adjustment is going to be the highest its been in seven years, in 2019. This will amount to about $39 a month for the average retired worker.

The cost-of-living adjustment (or COLA) will affect budgets for 1 in 5 Americans, specifically Social Security beneficiaries, disabled veterans, and federal retirees. With this being said, Social Security has featured inflation protection since 1975, so this is pretty big news!

Despite this news, many people are still saying that this boost is far too small to reflect the actual benefits that older people should be receiving for Social Security.

Policy analyst Mary Johnson gave some insight of the budget increase with Social Security, saying, “For more recent retirees, the 2019 COLA will be the largest increase they have gotten to date.”

However, retiree Danette Deakin, of Bolivar, Missouri is one of the many who disagrees that this increase is simply not enough. Deakin has stated that her Medigap insurance for costs not covered by Medicare is increasing in addition to her prescription drug plan. She has also stated that health care costs take up at least one-third of her income.

“It isn’t enough of an increase that it takes care of all of the increases from health care, plus rent — our rent gets increased every year,” she says.

With that being said, seniors and advocates for them are arguing that the general index does not accurately depict the rising prices that seniors face. As a result, they want the government to switch to a more accurate index that reflects the true spending patterns of older people. They collectively agree that there’s still some work to be done.

William Arnone, CEO of the National Academy of Social Insurance gave his insight on the base of the COLA and how it’s still an issue for senior citizens on retirement. He said, “What the COLA should be based on is still a very real issue… Older people spend their money in categories that are going up at a higher rate than overall inflation.”

Since the news about the increase has broken, many sources have been aiding retirees on how to make the most of this boost. Many of the common suggestions are to prepare an emergency savings fund (for unexpected payments you may not need to make until short notice), invest any extra cash you have after using it towards your immediate bills, or tackling some additional repairs for your home or cars.

Despite the boost possibly not being enough or reflecting the true spending habits of senior citizens and retirees, get ready to see your benefits rise. Even just a little bit!

Be sure to SHARE this article to spread the news about the social security benefits boost!

Previous article: Baked Beans Infused With Dr. Pepper Actually Exist – Would You Try Them?
Next Post: 30 Spooky Halloween Movies To Watch With Your Family This October