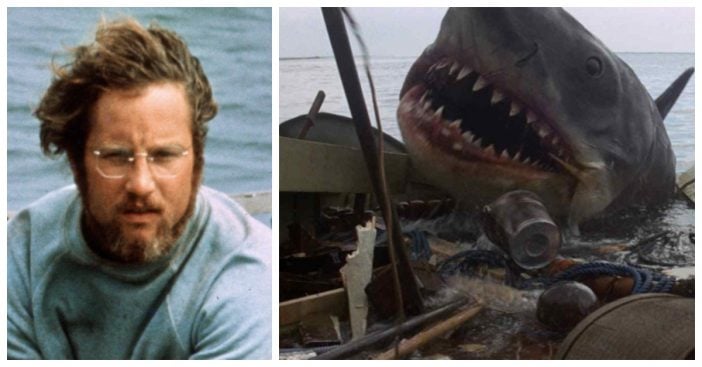 It’s looking like there’s a possible Jaws remake or rerelease in the future, but some fans are not happy about what could happen. Jaws star, Richard Dreyfuss, who played the iconic role of Matt Hooper, suggested that the movie could possibly be rereleased with a CGI shark instead of the mechanical shark they used in the original.

The original 1975 Jaws was a box office success, grossing at $260 million domestically. Many were shocked at the initial success of the film as much of Hollywood at the time were pretty skeptical of how well the film would actually do. The film was plagued with production issues, exhibit A being the mechanical shark. Because of this, Spielberg minimized the shark’s on-screen presence and used other indirect ways of creating suspense throughout the film.

The 1975 film is still considered a classic thriller, but with the dated special effects and, more distinctively, the fake-looking mechanical shark, it could pose a disinterest to younger audiences being able to enjoy the film. This is why Dreyfuss has called for a rerelease with a CGI shark implemented by modern-day VFX experts.

Dreyfuss spoke to Deadline, saying that he supports the replacement of the CGI shark to look as real and convincing as possible to younger viewers. This, in turn, might make them appreciate the classic film a bit more. He said, “I think they should do it, it would be huge and it would open up the film to younger people. Is that blasphemy? No, no, I don’t think so. The technology now could make the shark look as good as the rest of the movie.”

Jaws, while centered around a gigantic Megalodon shark, also gives way to outstanding performances by the three leading males of the movie, Roy Scheider, Robert Shaw, and Dreyfuss himself. The three men are on a mission to track down the beast who has been the culprit of multiple killings on the beaches of Amity.

There are many legendary scenes and quotes in the movie, like the iconic “You’re gonna need a bigger boat,” delivered by Roy Schneider’s character, Martin Brody. Despite the obvious obstacles in the way, the three men compromise and work together as a team to try and overcome the beast, ultimately reaching success (with one unfortunate death of Quint).

Wanna check in on the cast from Jaws – let’s see what they’re up to!!!

Films centered around sharks are still ever-flourishing in today’s culture. With the Sharknado series in addition to The Meg that was released this year, it is clear proof that CGI sharks are popular, convincing, and successful. The Meg grossed $142 million domestically, still less than what Jaws made back in it’s prime, but still proves to be a fan favorite.

Be sure to SHARE this article if you still love the original 1975 Jaws!