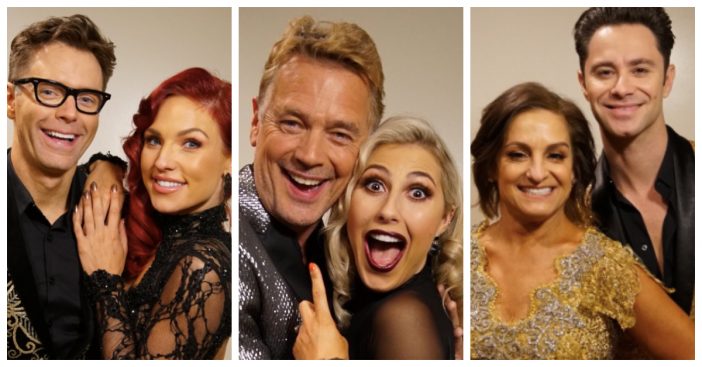 The full cast list is finally here! Season 27 of Dancing with the Stars is due to premiere Monday, September 24th at 8/7c on ABC and fans are getting just as hyped about it as the stars themselves. A slew of familiar names have popped up on the cast list, one of them being former Facts of Life star, Nancy McKeon.

You’ll most likely recognize some of the other faces and names on the cast list, too. Some of them include John Schneider of Dukes of Hazzard, radio host Bobby Bones, and gymnast Mary Lou Retton. Here is the full cast list below!

America can get ready to fall in love with @marylouretton all over again as she partners with @SashaFarber this season. #DancingOnGMA pic.twitter.com/GLYrci9Vp3

American gymnast Mary Lou Retton is paired up with Sasha Farber for this season. Retton might be a force to be reckoned with as she has scored two perfect 10 scores in 1984, making her the first American woman to win a gold medal in gymnastics.

.@DanelleUmstead goes from Alpine skiing to the ballroom as she joins @artemchigvintse to make a run at the Mirrorball trophy! #DancingOnGMA #DWTS pic.twitter.com/XGQvVzWHKb

Danelle Umstead was diagnosed with Retinitis Pigmentosa, a disease that ultimately leads to blindness. According to ABC’s website, Danelle “has no central vision and is losing her peripheral vision”. Her story is incredibly inspiring and we can’t wait to see what she brings to the table with partner Artem Chigvinstev.

.@AmericanIdol mentor @mrBobbyBones will find the dancing shoe on the the other foot as @SharnaBurgess teaches him a thing or two in the ballroom! #DancingOnGMA #DWTS pic.twitter.com/3qLVS6XXHN

Nashville radio host Bobby Bones is teamed up with Sharna Burgess for this season of DWTS. Looks like the pair has already been up to something…

I’m so excited for you guys to meet my incredible partner! @AlexisRenG pic.twitter.com/W2yLCnFmTK

Alexis is a well-known model and social media star who has 13 million followers on Instagram alone. Alan was paired with Debbie Gibson on Season 25 of DWTS, so he’ll surely show Alexis a thing or two!

We know he can rack up the quarterback sacks but can @DeMarcusWare tackle the foxtrot? With @lindsayarnold as his partner our guess is yes! #DancingOnGMA #DWTS pic.twitter.com/WCyom1Vrfg

DeMarcus is a former Dallas Cowboys linebacker and Super Bowl champion. Will he also be able to conquer the dance floor with partner Lindsay Arnold?