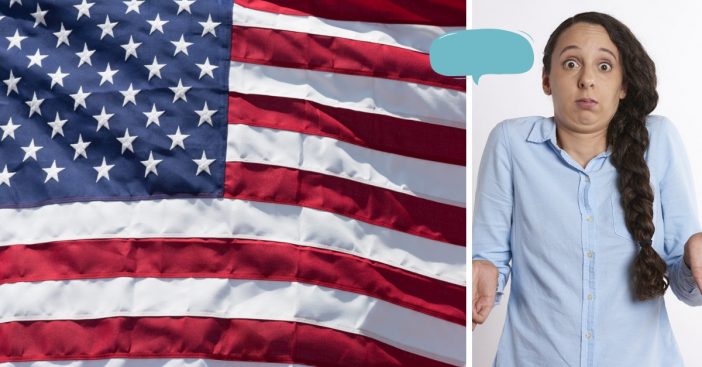 Do you ever realize how silly some of the sayings we use on a regular basis are? Some of them have originated in the United States and people from other countries have no clue what we are talking about. Even if you live in America, you still might be stumped at some of these weird phrases.

Here are some of the top funny sayings we use in America and what they mean.

Others might get the visual of putting lipstick on an actual pig, but that isn’t what this popular phrase means. This basically means that you can’t sugar coat everything. Even if you try to make something nice, that doesn’t mean that it is nice. It is what it is!

2. “They work the graveyard shift.”

When you say someone works the graveyard shift, you don’t mean they actually work in a graveyard. This generally means that they work midnights and their place of work might be empty or silent.

“Entree” is actually a French word and the British used to use it a long time ago to describe an appetizer of sorts. Now, Americans call the food before a meal an appetizer and the actual meal an entree. This definitely confuses those who don’t live in the United States.

Did you know that Fall doesn’t really exist in other countries? Well, it exists but they just call it Autumn instead. Some even call it harvest season. Calling the season of pumpkins, falling leaves, and cooler weather Fall is only done in America.

If you say you could care less, you are basically saying you don’t care at all. This is really confusing to other people because it isn’t a proper way to convey not caring about something. It should be “I couldn’t care less.”

Americans use this phrase to describe something that doesn’t matter. People who aren’t from America might think that you are actually talking about birds. It is another confusing phrase that could be taken literally if you’ve never heard it before.

When you say you want to take a rain check, it has nothing to do with actual weather forecasts. It just means that you’d like to reschedule something or an item you’d like to buy is out of stock.

If you say you’ll be doing something ’til the cows come home, that means you’ll be working on it all day long. It came from the fact that cows graze the fields all day and just come back to the farm in the evening.

Which sayings are your favorite to use? Did you learn any new ones?

If you enjoyed this article, please SHARE with your friends! It might be fun to send this to people in other countries and see if they have ever heard any of these!