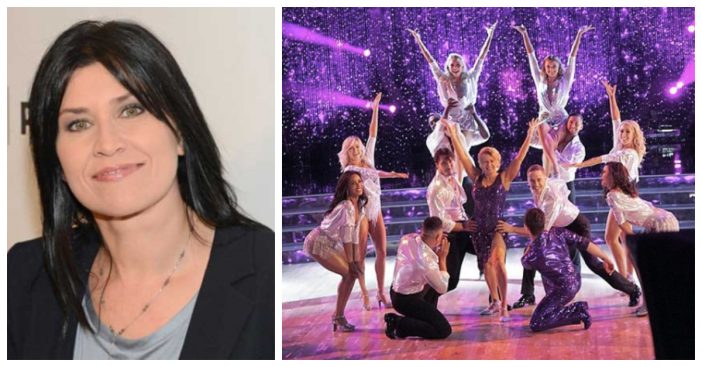 Former Facts of Life actress, Nancy McKeon, is officially the first cast member that has been announced for Season 27 of Dancing With the Stars. The reveal was made the morning of September 5th on Good Morning America and the show will premiere Monday, September 24th at 8/7c on ABC.

McKeon is going to be paired with professionals and DWTS veterans, including Val Chmerkovskiy, who previously won with contestants Rumer Willis (in Season 20) and Laurie Hernandez (Season 23). McKeon is actually the third Facts of Life star to be featured on DWTS. Before McKeon was Kim Fields (who placed 7th in Season 22) and Cloris Leachman (who finished 7th in Season 7).

With Dancing With the Stars heating up once more, the premiere of Dancing With the Stars: Juniors is also set to launch in October of this year. The news show will feature judges Val Chmerkovskiy, Olympic figure skater Adam Rippon, and choreographer Mandy Moore (not to be confused with actress and This Is Us star, Mandy Moore). You can be sure to catch the spinoff series on October 7th at 8 pm.

McKeon is perhaps best known for her role as Jo Polniaczek on the NBC sitcom Facts of Life. The show aired from 1979 to 1988 and was well-received by the public, making it the longest-running sitcom of the 80s. From there, McKeon went onto starring in the Lifetime drama The Division in addition to starring on the hit Disney Channel show, Sonny With A Chance, playing the mom of Demi Lovato’s character.

McKeon actually went live with Good Morning America to make her announcement about being on DWTS, which can be viewed below. In the announcement, McKeon sat with DWTS partner Val Chmerkovskiy, thanking Ginger Zee for ‘loaning’ her partner over. The announcement was full of smiles and laughter as they reflected on Facts of Life and how Val was probably not even born yet when McKeon was starring on the show. “Urkel was his man,” McKeon said jokingly, followed by an eruption of applause from the studio audience.

"The Facts of Life" star Nancy McKeon–"We have to say thank you to @Ginger_Zee for loaning me her amazing partner": https://t.co/0wZJnpowI9@DancingABC#DWTS#DancingOnGMA pic.twitter.com/42wt1WdNNO

If you’re excited for the 27th season of Dancing With the Stars, the full cast list is due at some point on the 5th or September. Be sure to tune into ABC on September 24th at 8 pm so you can watch! Don’t forget to SHARE this article if you’re as excited as we are!

Previous article: The Germiest Place In An Airport Actually Isn’t The Bathroom
Next Post: You Need To Clean This Important Household Appliance Right Now