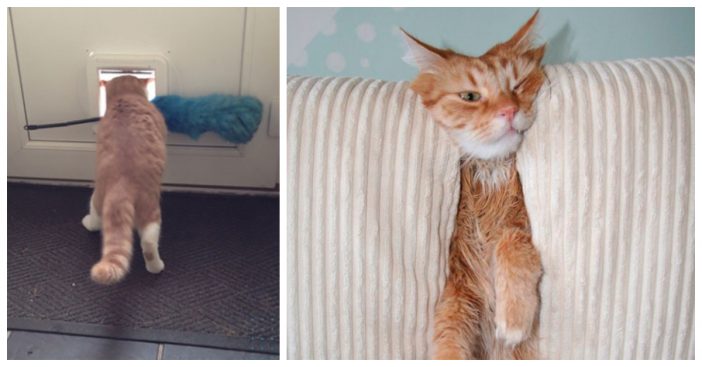 Our feline friends can make just about the funniest expressions ever if you’re lucky enough to capture them. Most of the time they can be a little stuck-up, they might not want to be around you, and you might end up with a scratch or two if you get to close to their personal space. But sometimes you have to risk it for the photo!

This cat has fallen and he can’t get up. Looks like he needs life alert!

This probably looked like a great crawl-through space until he realized his face is now stuck in it. He regrets everything.

Wonder how long this cat was trying to get through the doggy-door with this feather duster. Doesn’t look like he’s having much success.

If you needed a new poster child for the new ‘Kleenex Cat’, you know where to find him.

And in that moment, he knew he had made a huge mistake.

To see MORE silly and hilarious cats, you can catch them on the next page!

Page Page 1 of 2
Previous article: 3-Year-Old Is Bullied For His Red Hair On The School Bus And His Mom Had The Best Response
Next Post: Top 5 Things Strong Women Deserve In A Relationship