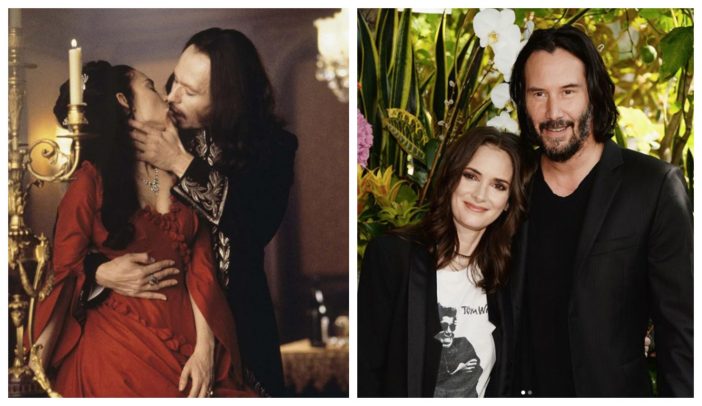 Winona Ryder is undoubtedly one of the best actresses to come out of the 1990s. She is widely remembered for her role as Mina Harker in the 1992 film of Bram Stoker’s Dracula. However, there’s a funny story about her time filming Dracula with co-star, Keanu Reeves.

In the film, there’s a nuptials scene in Bram Stoker’s Dracula, but there was a real Romanian priest used for the scene. This was when Ryder told Entertainment Weekly, “We actually got married in Dracula. No, I swear to god I think we’re married in real life.” The news was revealed during the promotion of the pair’s new rom-com Destination Wedding.

The two were laughing about it, but then Reeves soon realized that they actually could be married in Romania right now. “We said yes?” Reeves asked, which left Ryder to follow up with, “Don’t you remember that? It was on Valentine’s Day.” Reeves really should have remembered such an important, life-changing moment like getting married!

The 90s American gothic horror film is centered around Count Dracula and his bloodlust for young women and turning them into vampires. He sets eyes on Mina Harker and finds himself in the midst of a battle with a vampire-hunter; her father. An iconic moment in literary history, Bram Stoker’s Dracula has been widely acclaimed and has become a requirement for many high school and college English classes. Reeves’ performance, however, was widely criticized among the rest.

The 1992 film was nominated and won many awards including 3 Academy Awards and 5 Saturn Awards. Ryder was also nominated for Best Actress for her work in the film alongside co-star and Count Dracula himself, Gary Oldman. Both Ryder and Reeves…

STORY CONTINUES ON NEXT PAGE