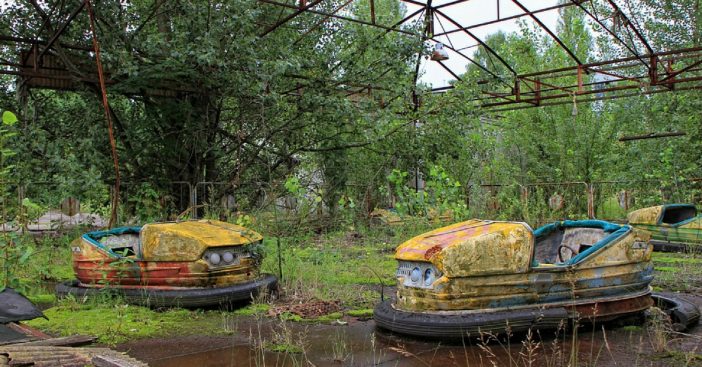 Did you know that there are certain places on Earth that are actually forbidden to visit? Some of them are very mysterious, frightening or even dangerous. You definitely shouldn’t visit them, but if you are into scary things, you might want to after reading this list!

Here are some of the spookiest and most forbidden places on Earth. Would you ever dare go to one of these places?

In the Arctic circle on a Norweigan Island, this Global Seed Vault is hidden in a mountain. It is also called the Doomsday Vault. It contains food crops to restore many plants in even the worst world disasters. It was built to last over 200 years and withstand all sorts of disasters and explosions. It contains 100 million seeds and has crops for many countries all around the world.

North Sentinel Island does have some people on it. They are called the Sentinelese and they are one of the very few tribes left that have no modern civilization. There was an expedition in 1967, but the tribe refuses any contact with the modern world. They will violently kill anyone who tries to enter the island.

3. The Catacombs in Paris

This is one of the most mysterious and scariest places on this list. It was first built as a tunnel but quickly became storage for more than 6 million dead bodies. A very small part is open for the public for viewing, but the rest is forbidden because you will definitely get lost in this creepy tunnel.

What do you think? Would you want to visit anywhere on this list or do you see why they are forbidden for good reasons?

If you enjoyed this creepy article, please SHARE with your friends who love this kind of stuff!

Previous article: Common Phrases You Are Definitely Saying Wrong
Next Post: The Worst Products That Left-Handed People Have To Use