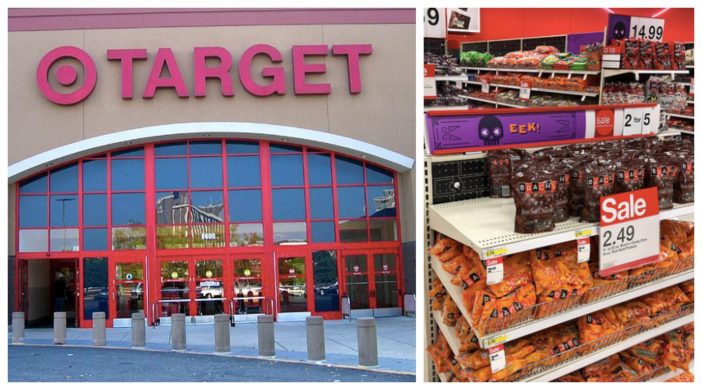 Imagine you’re doing some grocery shopping on a hot, mid-July day. The only thing on your mind is getting home as quickly as possible to crack open a cold beer and enjoy the rest of the day in the pool. But, you pass the seasonal aisle that has already broken out the Halloween decor and candy, and suddenly the impending end of summer becomes too real.

So, why exactly do stores sell Halloween stuff before Labor Day? Doesn’t it seem a bit early? Experts say there’s many reasons, but the top reason is competitiveness. “The marketplace is so competitive that they can’t take a chance that people are going to spend their $50 somewhere else,” says Purdue University retail management professor Richard Feinberg.

Several big retailers such as Target, Stop & Shop, and Walgreens are no stranger to putting their Halloween decorations out earlier than usual. The idea behind putting decorations out early is for retailers to get an idea of what’s hot this year way ahead of schedule. This gives them the chance to replenish the high-demand merchandise that’s performing well in sales.

Executive director of the David F. Miller Center for Retailing Education and Research at the University of Florida, Steven Kirn, says that an early Halloween decor release influences buyers to highly consider the seasonal selling period, known as the ‘Christmas creep’. Black Friday is also a huge part of this as it used to be the debut day of winter holiday buying. All of this ultimately just gets buyers in the door sooner, even when they weren’t originally thinking of buying a plastic pumpkin or Christmas-themed napkins.

Another large factor is making sure that shelves are always stocked. With most stores keeping leaner inventories based on what’s selling and what’s not selling, it’s become a norm to fill the shelves with something new rather than old. Thus, you get Halloween-stocked shelves. Marlin Hutchens, market vice president at Walgreens, shares that since there’s not too much store space for their items, it just all goes out on the floor. This brings in a logistical factor as well.

Getting the Halloween bug yet? Here are a list of retailers that are currently selling a full line of Halloween decor right now!

Be sure to SHARE this article if you’re pumped for Halloween (or maybe not so much)!

Previous article: Best DIY ’70s-Inspired Halloween Costumes For The Entire Family
Next Post: 7-Eleven Is Giving Out Free Slurpees This Week To Celebrate The End Of Summer