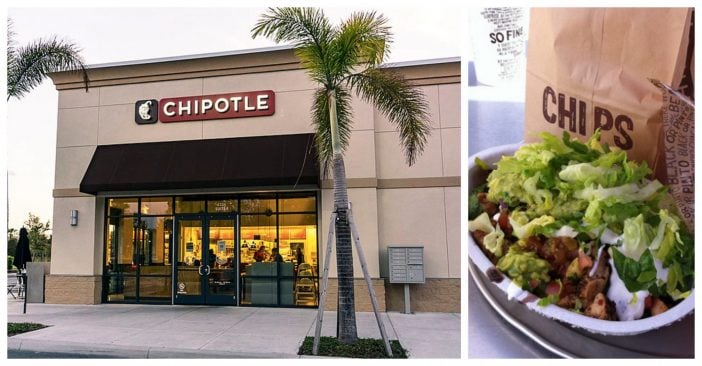 For some reason Chipotle just keeps getting caught up in this vicious cycle of food-borne illness. The Mexican restaurant is no stranger to passing along food poisoning to its customers, and this time might be its worst yet. According to the Dayton Daily News, more than 700 illnesses have been reported since July 26th. However, it seems that the illnesses are contained to one location, the Powell, OH store.

The source of the outbreak has not been determined yet, but what has been determined was that of Salmonella, e. Coli, Shigella, and Norovirus have all come back negative. However, a recent health inspection at the location concluded that the black and pinto beans weren’t kept at a high enough temperature and the lettuce was not properly refrigerated. Both violations were said to be corrected the day of.

Foodbeast has reported that no other Chipotle location has caused so many food-born illnesses at one given time. Once illnesses were discovered and reported, the Powell Chipotle location immediately closed down. Powell claims that all of its employees do follow food-safety protocol, which includes replacing food and keeping the restaurant clean.

ATTENTION: We are currently investigating several possible food-borne illness reports stemming from Chipotle on Sawmill Road. Please follow our specific instructions. You may get a voicemail, but be assured we will call you back. DO NOT E-MAIL PERSONAL HEALTH INFORMATION TO US pic.twitter.com/Jms4vVaFO5

Since this outbreak, at least two lawsuits have been filed against Chipotle. Attorney Ron Simon is representing one person from the outbreak who is still receiving medical treatment for the illness. He recently made a statement about his familiar past cases with Chipotle lawsuits. He said, “This is the first of many lawsuits we will be filing on behalf of local residents who were sickened by contaminated Chipotle food. We have handled hundreds of claims against Chipotle as this is Chipotle’s seventh food poisoning outbreak in the last 3 years.”

According to all Chipotle social media, the company has not issued a statement on the situation or lawsuits filed. According to other sources, Chipotle has made no comments to news networks regarding the food poisoning issue at their Powell location.

Chipotle has been dealing with food safety issues since 2008 when there was a hepatitis outbreak at the La Mesa, CA location. 2010 to 2014 and 2016 were the only years that Chipotle hadn’t received a complaint about food-borne illness or a lawsuit.

Be sure to SHARE this article to spread awareness about Chipotle’s newest outbreak.

Previous article: Mel Harris Gets Real About Why She Hung Negative Reviews On Her Fridge
Next Post: Vineyard Experts Create Cotton Candy Grapes And They’re Delicious