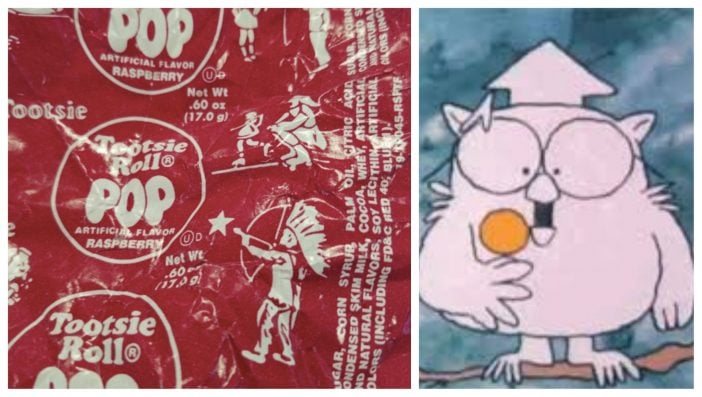 As kids everyone would go crazy over tootsie pops, mainly because we wanted to get to the tootsie roll inside. Additionally, everyone remembers the ‘how many licks does it take to get to the center’ commercial that aired for years. Apparently, if you found a star on your tootsie pop wrapper, it means you get a free lollipop.

The only thing to compare this to is that of a golden ticket straight out of Willy Wonka’s Chocolate Factory. Only a few of these tootsie pops had little lucky stars on them. Questions have arose if anyone ever actually heard about this phenomenon or saw someone claim their prize. Was it a hoax? Yes, sorry to disappoint.

There is actually literally no significance to finding this little star on your tootsie pop wrapper. The company website has even posted a statement saying they don’t even know where this rumor originated from.

The first #AlternativeFact you learn as a kid. The native American shooting a star doesn't really get you a free Tootsie Pop pic.twitter.com/Y45uL87Tp3

The official statement from the Tootsie website read, “It has been rumored that local convenience stores used to give a free Tootsie Pop to anyone who brought in a wrapper containing the image of the shooting star. Unfortunately, we do not know how this rumor started and Tootsie Roll Industries has never actually honored this promotion.”

They additionally went on to disappoint everyone even further, saying, “In fact, the shooting star appears on 1 in every 4 to 6 Tootsie Pop wrappers, just as frequent as the other images appear.”

Basically, your tootsie pop wrappers with stars are not worth any sort of special treatment or recognition. They’re just there. Sorry!

At least the one thing we can rely on is that there are actual experiments conducted to see how many licks it takes to get to the center of a tootsie pop. These experiments come from Purdue University, University of Michigan, and Swarthmore Junior High School.

Purdue University reported that it takes an average of 252 licks. However, University of Michigan reported only 411 licks and Swarthmore Junior High School only reported 144 licks. So, it reigns true that the world may never really know.

Be sure to SHARE this article if you enjoyed learning about the meanings behind the tootsie pop wrapper!

Previous article: NECCO Candy Factory Unexpectedly Closes After 117 Years In Business
Next Post: Those Vintage CorningWare Dishes Are Back In Stores For Sale