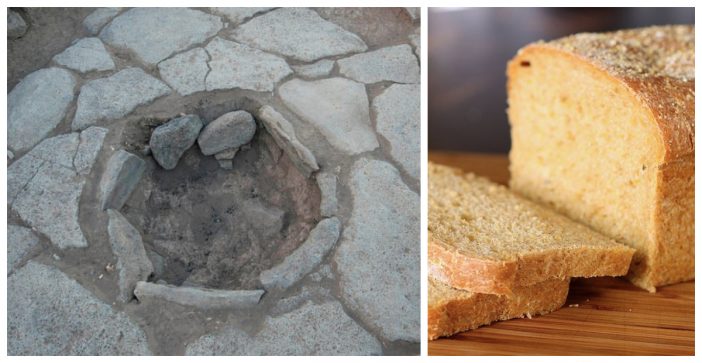 The reason why this is such huge news is because though bread is a staple in the food world today, the origins of it are virtually unknown. This finding ultimately concludes that the evidence of bread-making takes us way back and we might be onto something big.

This study provides insight into the food habits from a 14,400-year-old Natufian hunter-gatherer site. The site was known as Shubayqa 1 located in the Black Desert in north-eastern Jordan. There’s a theory that bread-making was caused from hunter-gatherers cultivating wild cereals, thus contributing to the agricultural revolution where their diets and food habits were transitioning.

Archeologist, Dorian Fuller, shared his thoughts on the historic findings, saying, “The significance of this bread is that it shows investment of extra effort into making food that has mixed ingredients and implies that bread played a special role for special occasions.”

In addition to this statement, PhD candidate Lara Gonzalez Carratero, analyzed the bread and reconstructed the recipe that was founded from the ancient food. She concluded that the bread was made with wild wheat and wild barley flour, mixed with water, and cooked on a hearth on a fireplace. She also discovered wild tuber flour being used to provide a nutty flavor.

People couldn’t believe their eyes when they came across this historic news on the Internet.

This is so cool. The oldest bread ever was just found – 4000 years older than the previous. This new discovery indicates that bread existed before—and may well have been an incentive for—the development agriculture. https://t.co/QEpBi4eG2c

Apparently the site of Shubayqa 1 is home to other ancient remains as well, including charred food, tools, animal bones, and plant remains. A previous excavation was performed from archaeologists at the University of Copenhagen in the 1990s.

Be sure to SHARE this article if you enjoyed learning about this ancient food history!

Previous article: 3 Steps To Creating An Affordable, Easy, DIY Pool For The Summer
Next Post: The Real Reason Queen Elizabeth II Wears So Many Bright Colors Has Been Revealed