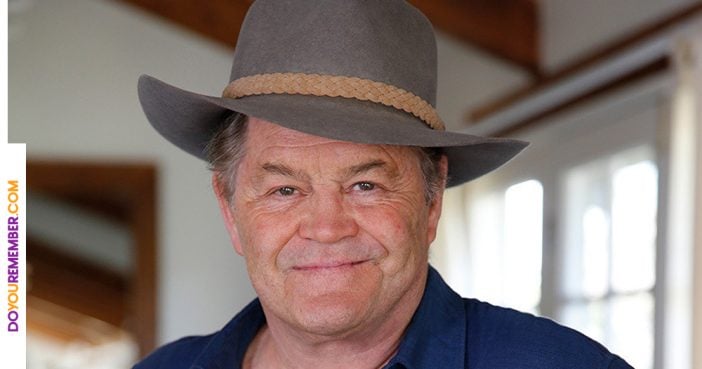 DoYouRemember is delighted to feature interviews conducted by Patrick Phillips for his show, Pop Culture Tonight . Below he speaks with actor and musician Micky Dolenz, one of the stars of the 60s TV show, The Monkees.

PATRICK PHILLIPS: Micky Dolenz began acting in 1956, starring in the adventure series Circus Boy. His enthusiasm for music and the stage quickly became his passion. In 1965, he auditioned for the television series that would ultimately change his life. On TV, the Monkees were just a fictional rock band, but to the world, they were huge stars whose music is forever engrained in popular culture. It’s a pleasure to welcome Micky Dolenz to the program.

MICKY DOLENZ: Well, thank you, and thanks for that great intro! You should come and emcee my show.

PP: Any time, any time. Micky, one of the things I find so inspiring about you is that you are very family-oriented. I noticed online that you actually own a business in California called Dolenz & Daughters, where you produce handcrafted furniture. Has woodworking always been a part of your life?

MD: Yeah, all kinds of machine-shop stuff and woodworking and electronics. Before The Monkees, when I got out of high school, I was in college studying to be an architect. If it didn’t work out, I could always fall back on show business. But then the Monkee audition came along. The show became a series and I quit school. But I have always, always done that kind of work in my shop at home. It’s my main hobby. My daughter Georgia got a degree in theater in England, and one of the things they do, of course, is learn how to build sets, and so between that and old me always having a shop, she became very, very handy with tools and woodworking herself. So we were building this coffee table for her boyfriend and I jokingly said we should start a business, Dolenz & Daughters Fine Furniture. And she ran with it and did a website and has done a lot of the design, and it’s been great. We do it whenever we can.

PP: Well, that’s fantastic. I didn’t realize that you had started out playing the classical guitar, and it wasn’t until you were cast on The Monkees that you started to play the drums. You were such a natural.

MD: Yeah. My parents were both in the business both singers, actors. My mom played piano and my father got me into classical guitar at a very young age. And then I went from that into folk music and then from that into rock & roll. My audition piece for the Monkees was actually Chuck Berry’s Johnny B. Goode.

PP: You studied with John Carlos in L.A., and I was wondering if, at any point, you were intimidated by having to learn a new instrument? Because there’s usually frustration, Micky, in learning anything new, and here you are learning it for television in front of millions of people.

MD: No, it wasn’t intimidating. I just took it on as an assignment. When I was ten, I did that series you mentioned called Circus Boy. When I was cast in that, they said, Okay, you’re going to ride an elephant. And they started me up with elephant-riding lessons. So, no, I wasn’t intimidate but then again, I was a musician. I played, like I said, classical guitar. I could read music. I had been in rock bands a few of them. I was familiar with the drums and I was familiar with rock & roll, so it wasn’t like I was started right from square one.

PP: The Monkees were rock stars for generations and still are, and The Monkees was a different kind of show. We really hadn’t seen anything on television at that time that was anything like it, and I could only imagine with the technical aspect of the series that things did not always go as planned. Were there some big challenges that you can recall when you guys were shooting The Monkees?

MD: Yeah, mainly just trying to keep us from exploding. They had created a very improvisational, spontaneous environment. It was very funny, but at times it did get out of hand and we’d start literally almost bouncing off the walls. They would capture a lot of that and it would end up in the show, but sometimes it could get daunting for the production crew. It was very unusual back in those days to improvise on a television series. It was always very scripted and sort of formal, very old-school. And we came along and the producers and writers of the show encouraged us to be improvisational and spontaneous, and it was great. It had a lot to do with the success of the show, but it also could cause production problems.

PP: Was there a period for you, Micky, when you felt that you wanted to shed that image as a Monkee and really embrace the music more than the acting?

MD: At the time, we didn’t have a lot of choice when the show was cancelled. That was sort of the end of the Monkee project. And remember, Monkees was not just the four cast members. It was producers and writers and directors and record companies and musicians a whole lot of people. When the show went off the air, I had already been through that once as a child when Circus Boy was finally cancelled. Since I’d been through it one time before I sort of knew what to expect. After The Monkees, I left and went to the U.K. where I got married and had three kids, and I was doing nothing but producing, writing and directing television and films.

PP: What is it that you like most about meeting your fans?

MD: It’s just keeping the connections going and keeping it real, I suppose. If you get too far away from your audience, it’s like playing in a venue where you can’t see anybody. I hate that because you might as well be just phoning it in. So the best thing about it is not getting too far away from your audience, because otherwise you lose them. They don’t feel a connection, you don’t feel a connection. That’s the wonderful thing about live theater, and that’s why we love performing live people in this business because there’s an instant feedback.

PP: Micky, I had the honor of interviewing your very close friend Davy Jones a few months before he passed away. I was wondering if you could talk to us about Davy’s legacy and if you’d mind sharing maybe a fond memory of him with us.

MD: As far as the memories go, I have so many. I spent half my life with him in one way or another. I would say the legacy is of a great showman. He was a classic entertainer, and in a way, a bit old-school but then we all are to some degree old-school rock & roll. And he was a bit old-school entertainment, an entertainer like a Sammy Davis, Jr., or someone of that ilk who was a song-and-dance man, and he would be the first to say that. That’s what he did. He was English. He came out of that English seaside, almost vaudevillian sort of world. He was in Oliver on Broadway when he was a child. He was definitely into musical theater, and indeed, that is to a degree what there was, a sort of musical theater on television, like a Marx Brothers movie. That will certainly be his legacy: the consummate entertainer.