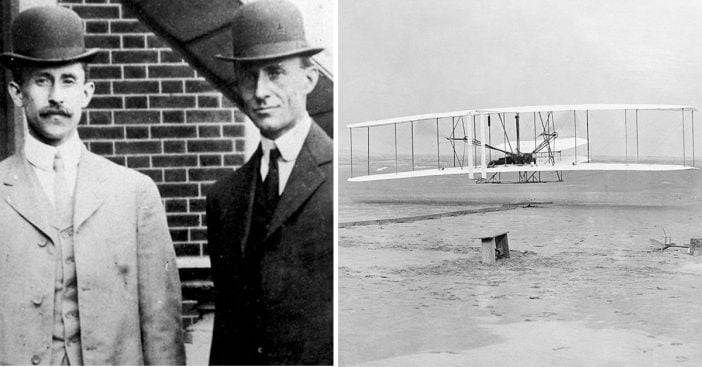 When their father tossed a haphazardly constructed toy helicopter made of sticks, propellers and rubber bands in the air, Wilbur and Orville Wright stared at it with amazement. Seeing the helicopter reach the ceiling and hover there for a while before descending onto the floor, an idea flashed in the minds of Wright brothers that changed the world forever.

When their interest in aviation was successfully heightened, their desire to learn for the specifics grew. In 1899, Wilbur sent a letter to the Secretary of the Smithsonian Institute requesting him to send them materials regarding aeronautics. In the letter, Wilbur penned down a hopeful message that showed his passion for creating a flying machine. He rightly noted, “that human flight is possible and practical.”

After an immense amount of dedication, study, and research, it was finally the time to let it fly. Their first prototype was actually a two-winged glider which they tested in 1902. After this initial success and a little more dabbling with the wing-size and the weight of the machine, the brothers finally came with the Wright Flyer in 1903. As with all the siblings, there was a minor contention between the brothers about who would first test the plane.

After a toss, Wilbur, the elder one, got to try it out first. By the end of that same year, the Wright Flyer had taken four successful flights. The longest one was 59 seconds. However, the Flyer was not destined to fly any further and after incurring damages due to heavy wind, it was sent as an artifact to the Smithsonian’s Air & Space Museum.

Although the 1903 Flyer isn’t anything more than a very sedimentary model of future aircraft, it serves as an important emblem of aeronautical history. In honor of the Wright brothers, Neil Armstrong took some fabric of the left-wing and a piece of wood from the Flyer’s propeller along with him to the moon!

Our travels across and country and internationally are made possible only because the Wright brothers set a strong base for all the upcoming fixed-wing powered flights. The modern aviation system owes a lot to the Wright brothers who worked alongside each other for years on end to make their dreams come true.

Watch the rare footage of the Wright Brothers’ first flight in the video below.

Previous article: 6 Secrets About Your Clothes You Never Knew Until Now
Next Post: 4 Super Creepy Things You Didn’t Know Your Smartphone Is Learning About You