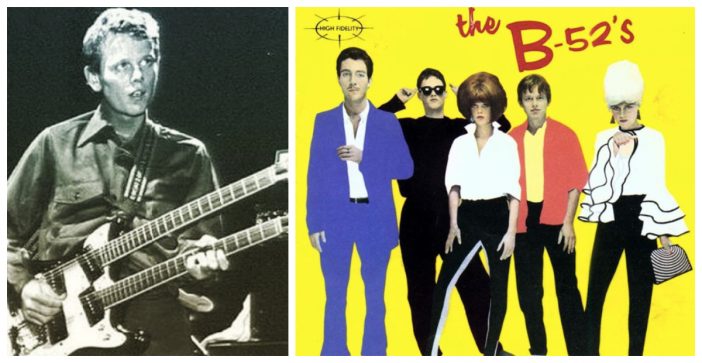 The B52’s were a captivating new wave band of the mid-1970s. They were best known for their hit singles like “Rock Lobster”, “Love Shack”, and “Roam”. However, The B52’s world was shaken up when guitarist Ricky Wilson revealed to his band members that he had contracted AIDS and died shortly after at the age of 32.

Within the last few years, vocalist Kate Pierson has opened up about Ricky Wilson’s death and what it was like dealing with the tragic loss afterward. Despite the band going on to make more music years after the loss, it wasn’t that easy right after the fact.

“We were writing ‘Bouncing Off the Satellites” and Ricky just got thinner and thinner. And we suspected, but we didn’t know, and one day he wasn’t there at rehearsal,” Pierson recalls, “The next day Keith called me and said, ‘Ricky’s dying of AIDS’.”

Only a few days after the news broke to the rest of the group, Ricky passed away.

Ricky had apparently confided in band member, Keith Strickland, about his illness. Ricky wanted to keep it a secret so no one would worry about him or fuss about it. Even though the band members had suspected something was up, the sudden death came out of the blue and shocked all of them.

According to Pierson, they were unsure if they wanted to immediately go on without Ricky. Many people were telling them to just get another guitar player, but they couldn’t fathom the idea of going on without Ricky.

Following two years of a collective band hiatus, the group returned for a new studio album and have continued on since then. They did not replace Ricky with another guitar player, but instead, Keith took up the additional instruments himself.

Be sure to SHARE this article if you love The B52’s and Ricky Wilson!