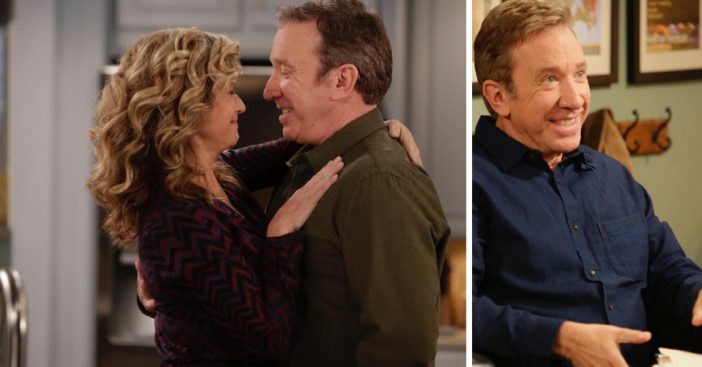 Fox recently announced that they will now be premiering the comedy’s seventh season. Last Man Standing was canceled in May 2017 on ABC. Tim Allen, star of the show, tweeted that he was shocked by the cancelation because the show actually had high ratings. Speculation is that ABC decided to cancel due to Allen’s political views.

After the speculation, ABC decided to release a statement that said politics had nothing to do with their decision and that they work with actors with all different types of political views.

This May, FOX announced that they would pick up the show and Allen shared the news that he would be returning as Mike Baxter, husband and a father of three daughters who works for a chain of sporting good stores. Allen is also a producer on the show.

FOX also announced that the seventh season would premiere on September 28, 2018, at 8 pm. Reports also say that the entire original cast will also return.

Tim Allen recently celebrated his birthday on June 13. What a great birthday present for him! He turned 65. He is also currently reprising his role as Buzz Lightyear in Toy Story 4, which arrives in theaters sometime in 2019. Allen is most known for his role on Home Improvement, a popular show in the ’90s.

Are you excited that Last Man Standing will be returning on a new network? Will you be watching? If you watch, who is your favorite character on the show?

Be sure to SHARE with all of your friends who are a fan of Tim Allen and watch Last Man Standing!