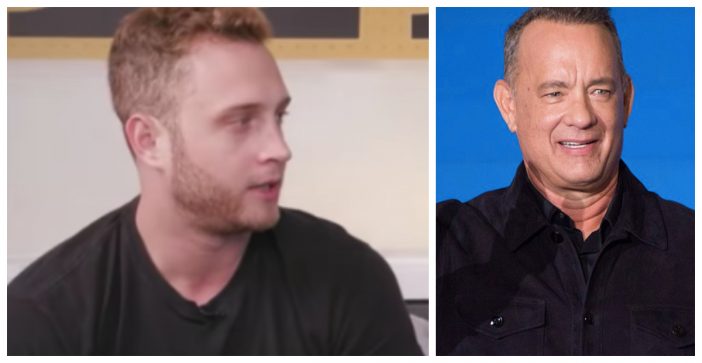 27-year-old Chet Hanks, son of Tom Hanks and Rita Wilson, just sat down with Entertainment Tonight to talk about the real reason he got sober. And the reason is super mature and heartwarming.

Chet has revealed that the real reason he got sober is when he learned he was becoming a father. He states that otherwise, had it not been for his daughter, he would be dead or in jail.

In the interview, Chet was asked about the meaning of the lyrics to one of his bands’ songs called “Models”. He revealed that the lyrics of the song were basically about managing your life with heavy substance abuse and letting go of that lifestyle and becoming a better person.

When asked about an Instagram video that he posted on his account of him and his daughter, he went on to say that his daughter sparked the drastic change in his life.

Chet went on to say that when it comes down to substance abuse, you want to get better, but you need that extra push to get you there. And for him, and most people, it’s usually a drastic change or shock in one’s life that causes them to shape up. When he learned he was going to be a father, his entire lifestyle changed for the better and he left it all behind.

Towards the end of the interview, Chet says that he feels the need to be open and honest about his struggles because there’s such a huge drug epidemic in America. As someone who has been three years sober, he wishes to eliminate the stigma surrounding drug abuse and becoming sober. He hopes that his story will be the spark for somebody else to make that lifestyle change as well.

Chet also stated in the interview that his parents, Tom Hanks and Rita Wilson, have been nothing but supportive of him through this time.

What do you think of Chet’s transition to a substance-free lifestyle? Be sure to SHARE this article if you support him!