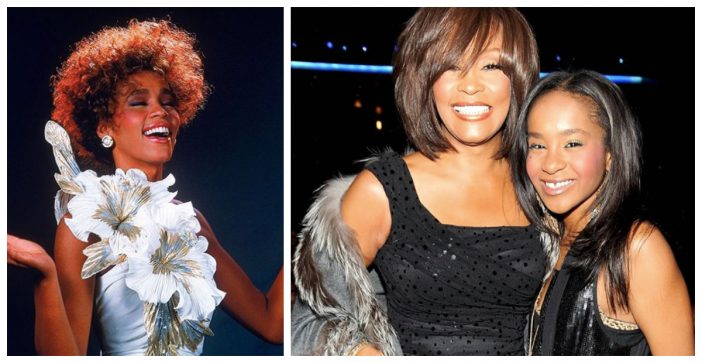 The Houston family is coming clean and revealing dark family secrets in the late Whitney Houston’s new documentary called Whitney. The documentary reveals some never-before-seen footage in addition to touching on her drug habits and a huge family secret that added to her ultimate downfall.

Whitney’s sister-in-law and former manager, Pat Houston, is the executive producer of the documentary. Her plan for the documentary is for it to be by the people closest to Whitney, revealing her most raw, intimate moments.

The world-renowned singer died at the age of 48 in 2012 from an accidental drowning, due to atherosclerotic heart disease and cocaine use. The documentary will delve into Whitney’s cocaine addiction in addition to her tumultuous relationship with Bobby Brown, who was also a key influencer for her drug usage.

Whitney’s brother, Gary Garland-Houston, admitted that he also did drugs with his sister, but became concerned when he realized she began missing shows. Gary says that it was a therapeutic moment for him to open up about his experiences with his sister and just talk.

According to Pat, there was an element of enabling her addiction in addition to just doing what they could to protect her image.

“When Whitney became who she became, a superstar and an icon, Whitney wanted her family there,” Pat said. “Everybody else to her was a stranger, everybody else had to be hired. Her family didn’t. They are going to be there regardless so I can honestly said yeah, we kind of enabled sometimes in certain things. She was a brat sometimes. For me, I called her my bratty little sister.”

The dark family secret? The drugs were definitely no secret when it came to the Houston family. The actual bombshell secret was that she was molested as a child, and the person who was alleged to be the abuser was a cousin, Dee Dee Warwick, sister of the famous Dionne Warwick.

Whitney is set to be released in theaters July 6th.

What do you think about the Whitney documentary? Are you shocked by the dark family secret? Don’t forget to SHARE this interesting news with your friends and family.