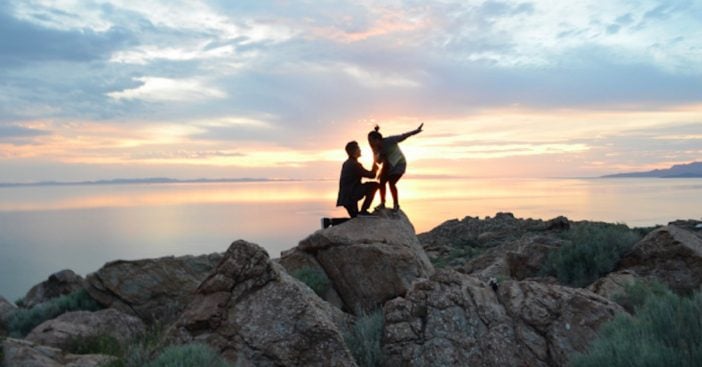 Getting engaged is one of the most exciting moments in a couple’s relationship. Proposals can take a lot of time and effort. Some people stage elaborate proposals that include many steps or other people to help execute it perfectly.

However, as exciting as getting engaged might be, some people can get hung up on certain things. Maybe they didn’t like having an audience. Or maybe they didn’t like the proposal location. Or, the biggest issue some people take with a proposal is the ring itself. Engagement rings are meant to be what the bride might like, but not every future husband has the best taste.

Often times, women might complain about the size or style of their ring. They might think that the diamond’s carat isn’t big enough. Although people tend to get criticized for this kind of disappointment, one woman has gotten support from people online after sharing her distress over her engagement ring.

Twitter user @chaeronaea shared a story of one woman’s engagement ring woes after reading it on Reddit. The woman (who remains unnamed) has since deleted the post, but on the internet, things tend to live on forever.

In the Reddit thread, the woman describes the happiness she felt during her engagement, but she just had one major issue. Her ring. She wasn’t trying to complain that the diamond was too small… because her fiancé didn’t get her a ring with a diamond.

If you can believe it, her fiancé got her a ring with amber stone. Now, amber can be pretty in certain settings and styles, but in this case, the woman just did not feel that the amber ring was her style at all.

Not only did she take issue with the color of the stone, she also felt that it was too large and looked gaudy. It was cut in the shape of a heart and the woman is not a fan of heart-shaped jewelry.

The reason that the woman took to Reddit was to see what advice others might have had for her about talking to her fiancé about the ring. She also wanted to know if she was overreacting. She got an overwhelming amount of support. Many people agreed that the ring was ugly. While the original post has been hidden, many have responded to the Twitter thread.

my favorite thing about this is that the ring is exactly as she describes it but you still get just, gobsmacked when you see it

The woman did eventually update everyone on Reddit to say that she had gotten a chance to talk to her fiancé and he understood her concerns.