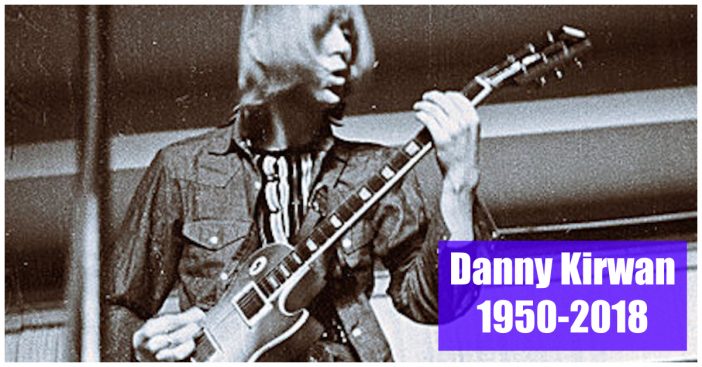 Mick Fleetwood confirmed Danny’s death on Facebook. He wrote, “Today was greeted by the sad news of the passing of Danny Kirwan in London, England. Danny was a huge force in our early years. His love for the Blues led him to being asked to join Fleetwood Mac in 1968, where he made his musical home for many years. Danny’s true legacy, in my mind, will forever live on in the music he wrote and played so beautifully as a part of the foundation of Fleetwood Mac, that has now endured for over fifty years. Thank you, Danny Kirwan. You will forever be missed!”

In 1998, Danny was inducted into the Rock and Roll Hall of Fame for his work with Fleetwood Mac.

Danny’s cause of death has not been released. The legendary guitarist will be greatly missed. RIP, Danny Kirwan. To honor Danny’s legacy, please share this article with your friends!