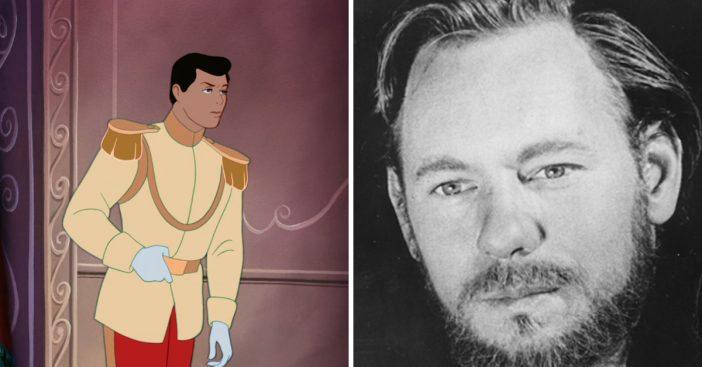 One of the original Disney princes has passed away. William Phipps voiced Prince Charming in the 1950 original Disney version of Cinderella. William is known for his voice role as the prince in the Disney classic, but to some, he might be even better known as one of the first faces of the science fiction films of the 1950s.

On June 1, 2018, William Phipps passed away at Friday at UCLA Medical Center in Santa Monica, Calif. according to family and friends.

WIlliam was 96 at the time of his death. He’d been battling lung cancer prior to his death, which was complicated by pneumonia.

William Phipps was born in Vincennes, Indiana on February 4, 1922, but he was raised in St. Francisville, Illinois. When he was 6 years old, his parents divorced and by high school, he was using his stepfather’s last name, Couch. It was around that time he developed a love of acting.

He attended Eastern Illinois University to major in accounting starting in 1939 but left after two years to pursue a career in Hollywood. Just a few years later, he made his film debut in the Oscar-nominated film Crossfire in 1947.

The actor was hired for the role of Prince Charming directly by Walt Disney himself. For how instrumental the prince is in Cinderella, William only worked on the film for one afternoon. He earned $100 for his work on Cinderella.

He did put his face to his name after the film released, making just one live appearance as Prince Charming. He did it as part of a nationwide contest to win a date with the voice of Prince Charming at the Pantages during a radio broadcast of the Art Linkletter show.

William is better known for his work in sci-fi from the ‘50s, in movies like Invaders from Mars, The War of the Worlds, Cat-Women on the Moon, and more. He was very active in film between 1950 and 1957, but between 1957 and 200, William only appeared in six films. It was during that time he began to appear more heavily on television, in shows like The Waltons, Santa Barbara, and Boone. He officially retired from acting after 2000’s Sordid Lives.

Make sure to share this article with your friends to honor William Phipps’ life!