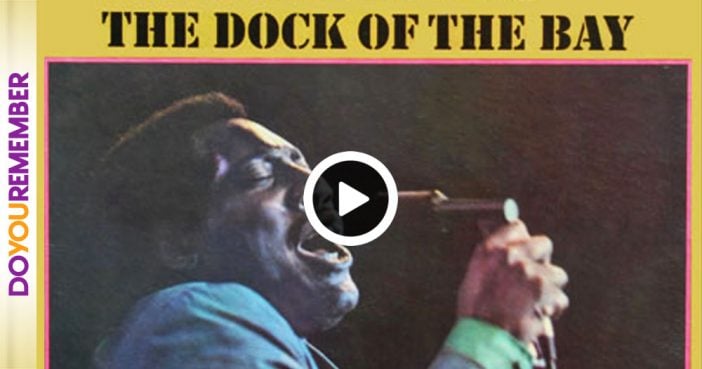 Otis Redding died in a plane crash on December 10, 1967, a month before “(Sittin’ On) The Dock of the Bay” song was released (January 8, 1968) and three days after he recorded it. It was by far his biggest hit and was also the first ever posthumous #1 single in the US. Redding was a rising star moving toward mainstream success at the time of his death. There is a good chance he would have recorded many more hits if he had lived.

Stax guitarist Steve Cropper wrote this with Redding. Cropper produced the album when Redding died, including this track with various songs Redding had recorded the last few years. In a 1990 interview on NPR’s Fresh Air, Cropper explained: “Otis was one of those kind of guys who had 100 ideas. Anytime he came in to record he always had 10 or 15 different intros or titles, or whatever. He had been at San Francisco playing The Fillmore, and he was staying at a boathouse (in Sausalito, across the bay from San Francisco), which is where he got the idea of the ship coming in. That’s about all he had: ‘I watch the ships come in and I watch them roll away again.’ I took that and finished the lyrics. If you listen to the songs I wrote with Otis, most of the lyrics are about him. He didn’t usually write about himself, but I did. ‘Mr. Pitiful,’ ‘Sad Song Fa-Fa,’ they were about Otis’ life. ‘Dock Of The Bay’ was exactly that: ‘I left my home in Georgia, headed for the Frisco Bay’ was all about him going out to San Francisco to perform.”

The Recording of the Song

When Otis recorded this, he and Cropper didn’t have a last verse written, so he whistled it. He planned to return to Memphis and fill in the verse after performing in Madison, Wisconsin, but he died before he had the chance. When Cropper produced the song, he left the whistling in, and it fit the mood of the song perfectly. It is probably the most famous whistling in any song. (Thanks to Nashid at the Stax Museum for his help with this.)

Sittin’ in the morning sun
I’ll be sittin’ when the evening comes
Watching the ships roll in
Then I watch them roll away again, yeah

Looks like nothing’s gonna change
Everything still remains the same
I can’t do what ten people tell me to do
So I guess I’ll remain the same, listen

Sittin’ here resting my bones
And this loneliness won’t leave me alone, listen
Two thousand miles I roam
Just to make this dock my home, now

I’m just gon’ sit at the dock of a bay
Watchin’ the tide roll away, ooh
Sittin’ on the dock of the bay
Wastin’ time