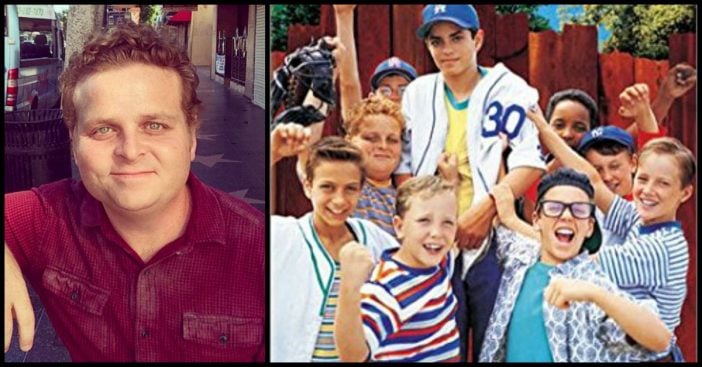 There is no baseball movie more iconic and nostalgic than the 1993 hit film The Sandlot. The movie follows a ragtag group of kids who spend the summer playing baseball in a neighborhood sandlot. Even though the film wasn’t reviewed particularly well by critics, the movie immediately became a classic, and gained fans all over the country. Now that 25 years have passed, the movie is still a favorite among a number of generations.

To celebrate 25 years, the cast of the movie reunited for a friendly game of baseball! They also sat down for an interview with the TODAY show, where they talked about how their lives have changed since the movie came out.

Set in 1962, the movie tells the story of Scotty Smalls, who struggles to fit in when he moves to a new neighborhood in the San Fernando Valley. Desperate to make friends, Scotty joins the local sandlot baseball team.

Unfortunately, Scotty can’t play baseball to save his life. He’s laughed off the field by the other players when they realize how bad he is. The team’s leader, Benny, eventually teaches Scotty how to play, and he gets a spot on the team.

The rest of the movie covers the unique challenges the boys face in their lives, all surrounding baseball. (If you haven’t seen it, we won’t spoil the ending for you, but it’s a good watch.)

One of the reasons the movie has stayed relevant in popular culture is because of its memorable quotes, like, “You’re killing me, Smalls,” “This better be a short game, I gotta get home for lunch,” and “Heroes get remembered, but legends never die.”

Now that it’s been 25 years, the cast decided to reunite and celebrate the film that brought them together two and a half decades ago.

.@GadiNBC reunited the cast of #TheSandlot 25 years after the beloved movie was released, and it was everything pic.twitter.com/xxgtAjKgEw

If you love The Sandlot, don’t forget to share this article with your friends!

Previous article: Breaking: Fleetwood Mac Fires Lindsey Buckingham, Lead Guitarist And Vocalist
Next Post: First Trailer Of Mr. Rogers Documentary, ‘Won’t You Be My Neighbor?’ Will Make You Tear Up