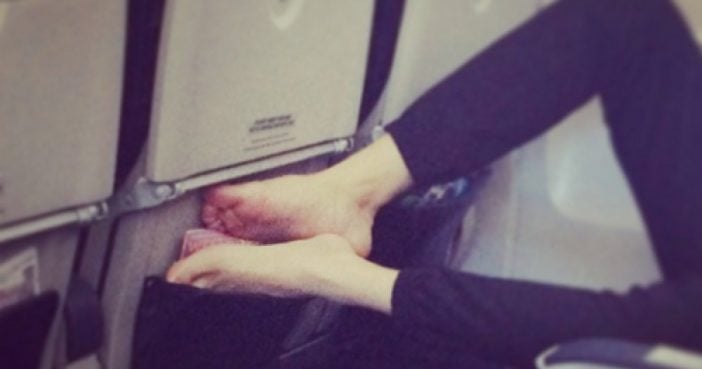 So what if they are in the hospitality business? Flight attendants are average human beings like us and are not immune to insensitivity and annoying requests. Flight attendants take time out to share some of the most annoying things passengers do that spoils their moods.

On the other hand, you as a passenger, can pardon yourself for some of these as some situations are really under no one’s control

This is one of the things you can forgive yourself for. Because it’s actually the soda’s fault. Diet Coke takes longer to fizz out when compared to other sodas. Given the flight’s altitude, it can take quite a few seconds to settle down. When the flight attendants have hundred other passengers to serve and host of different things to worry about, this can be a tad bit annoying for them.

2. Requesting things even before settling down

Flight attendants always wonder why some passengers wouldn’t take care of minutiae before boarding. Boarding can be a hassle with some many rules and regulations. So getting on board and asking for snacks or water to gulp that pill down the first thing, can become stressful for those serving you.

3. Assuming flight attendants know it all

A lot of people keep bugging flight attendants for information about the weather, route, turbulence, and other flight information that only the captain knows. Flight attendants aren’t told everything and they want people to acknowledge that. But they do the best they can to make the passengers feel safe.

4. Yelling at them for something not under their control

This is actually something a lot of people working in the retail or as employees of stores would agree with. Customers can sometimes vent their anger for the company or the store on you. And that’s absolutely annoying because you cannot yell back and the fault isn’t even yours. The same goes for flight attendants. Flights getting delayed or cancelled affects everybody but yelling at people who have no role to play in it won’t change matters.

5. Using their only space on the plane

Passengers might do this unknowingly, but when they wander off to the alleys where flight attendants have their seats, it takes away from them their only place of respite.

This is probably rude anywhere, not just on flights. Basic rules of decency go a long way.

By changing seats to ones that are more expensive and exclusive, passengers can give off air that they are entitled to do so, when they really are not.

8. Pestering over getting the second meal choice

Passengers can get really angry for not receiving their first meal choice. And this is then vented on the flight attendants.

Page Page 1 of 2
Previous article: Hidden At The Bottom Of Every Box Of Kleenex Is A Strange Layer Of Yellow Tissues
Next Post: Kenny Rogers Forced To Cancel Last Dates Of Farewell Tour Due To Health Issues